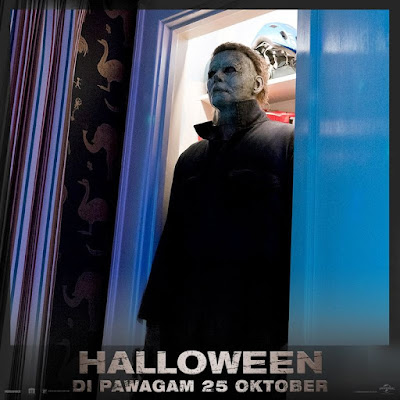 This month brings a festive spookiness to many western cultures celebrating Halloween on October 31st. The origins of Halloween derive from the ancient Celtic harvest festival where people would light bonfires and wear costumes to protect themselves from spirits by impersonating them. In the United States, Halloween day is celebrated by children dressing up for trick-or-treat and adults partying in costume. 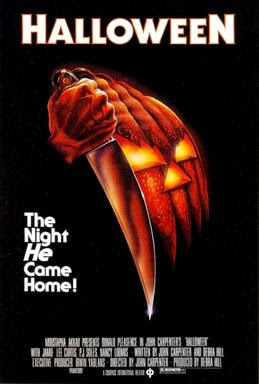 40 years ago, notable cult classics director John Carpenter co-wrote and directed a movie titled Halloween, which at that time had never been a theme on film. Put simply, the movie is about a serial killer stalking and killing teenagers on Halloween night of 1978. But the killings actually began 15 years earlier when six year-old Michael Myers kills his older sister Judith and is subsequently hospitalised at a sanitarium. Now an adult, Myer escapes on the eve of Halloween and returns to his hometown of Haddonfield to stalk Laurie Strode (Jamie Lee Curtis) and her friends. After brutally killing the said friends on Halloween night, Myers attempts to also murder on Laurie but is thwarted when shot by his psychiatrist Dr. Loomis. However despite his wounds and falling from heights, Myers appears to have escaped.

Although “tame” compared to today's film-making standards, Halloween is often regarded as the inspiration of slasher movies as a sub-set of American horror entertainment. The Halloween franchise itself has spawned ten more movies over the next four decades, including this week's release of the eleventh chapter just named Halloween (again!). For record, here is the line-up of franchise movies:

IGN explains the Halloween franchise recapping the first movie and trying to summarise the rest.

Fortunately this latest Halloween (2018) does not require the audience to know anything of the preceding nine movies as it only plays sequel to the original Halloween (1978)... phew! 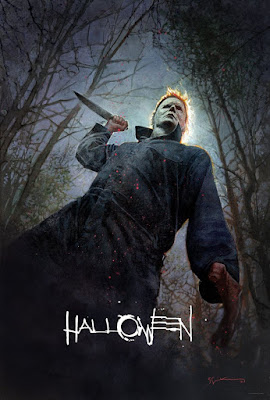 Movie Synopsis
Jamie Lee Curtis returns to her iconic role as Laurie Strode, who comes to her final confrontation with Michael Myers, the masked figure who has haunted her since she narrowly escaped his killing spree on Halloween night four decades ago.

Master of horror John Carpenter executive produces and serves as creative consultant on this film, joining forces with cinema’s current leading producer of horror, Jason Blum (Get Out, Split, The Purge, Paranormal Activity). Inspired by Carpenter’s classic, filmmakers David Gordon Green and Danny McBride crafted a story that carves a new path from the events in the landmark 1978 film, and Green also directs.


Ignoring events of all other movies in the franchise except the original, this year's Halloween may be a tad confusing for those casual movie viewers may have recalled that Laurie was killed in one of the sequels. Furthermore the franchise was rebooted in the previous decade by musician and filmmaker Rob Zombie. So where does this latest Halloween fit in the franchise? Refer to this info-graphic: 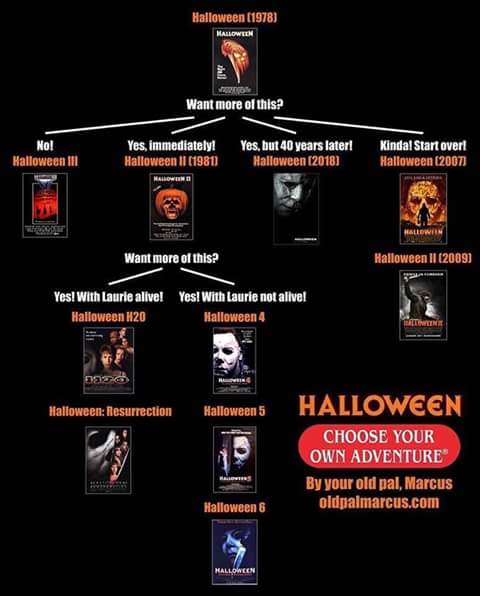 So in this latest alternate Halloween timeline, 40 years have passed since Michael Myer's killing spree in Haddonfield. No secret from the trailer, Myers was captured after being shot and admitted to a mental institution. Laurie has attempted to move on but suffers from serious post traumatic stress disorder (PTSD) which led to failed marriages and lost custody of her daughter. Today she's a grandmother to Allyson (Andi Matichak) though estranged by the strained relationship with now grown-up daughter Karen (Judy Greer). When Myer's escapes, all three generations of Strode women find themselves in danger and need to re-bond to survive Halloween night.


Find out more about rest of the movie cast from this article by Screenrant.

Although it's not yet Halloween, the opening weekend box office of this latest installment of the franchise has been smashing and ranks as the second highest for October in U.S. movie history (after Venom topped the chart earlier this month). Here's how movie-goers are rating Halloween: 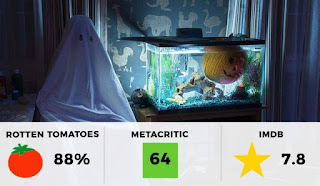 In Malaysia, Halloween opens this week, launched by a Movie Premiere at MBO Cinemas in Starling Mall attended by horror fans and the cult classic slasher himself. Here's what happened:

Thanks to United International Pictures Malaysia, Outpost sent a few horror fans to face Michael Myers at the Movie Premiere. Here's what they have to say about Halloween:


Also read up on this review by Star2 and feature on “Screen Queen”, Jamie Lee Curtis.

The Verge also provides a more in-depth look into the franchise, slasher movies and their take on this sequel.

For those who like a close encounter with Michael Myers, visit the following MBO Cinemas this weekend: 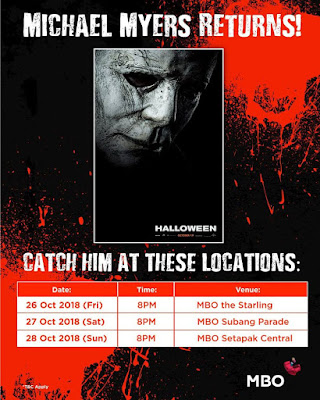 Halloween is now showing in cinemas nationwide so you don't need to wait until the actual night of 31 October itself. Hardcore fans may want to sit through the end credits... and if need to make more sense of that ending then search for "Halloween 2018 ending explained" on Google and YouTube. 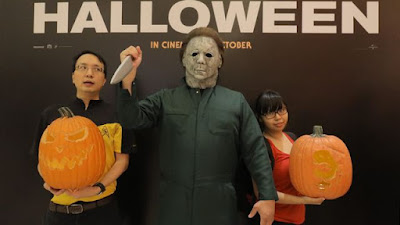 Disclaimer: Halloween and associated trademarks are copyright to Miramax LCC, referenced here for fan service announcements without intent to infringe.