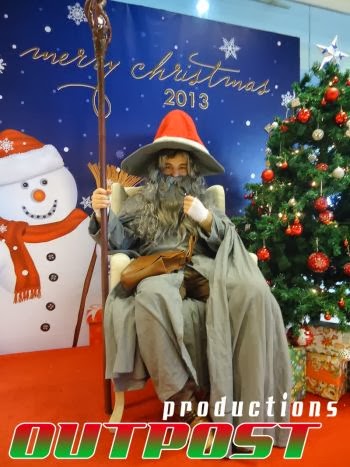 Season's Greetings and Happy Holidays to all our fans and followers.

We also take this opportunity to relabel our branding to Outpost Productions (from Outpost Events & Services) to better reflect our current range of services on costuming & props, marketing support, and mascot engagement. Unfortunately our online social media channels will have to remain as Outpost Toys, Events & Services for Facebook and MySciFiFanOutpost as we are unable to rename these. Plus OutpostHoloNet on Twitter. 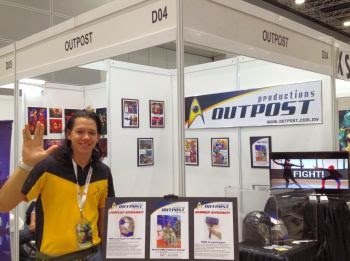 Outpost Productions officially setup a Premium Artbooth at Comic Fiesta 2013. Malaysia's largest ACG convention over last weekend 21-22 December took over the entire KLCC Convention Centre with tens of thousands of visitors and flocks of cosplayers. It was a busy 2-days as we caught up with many long time friend and associates as well as showcase some of our stuff to the local cosplay scene. Our crew did not have much time away to explore more of Comic Fiesta, so most of our photos below are limited around our immediate booth area.

Other than costuming & props, we also had a free stuff to giveaway and unveiled the outcome of our #CosplayFightClub series of online videos where viewers voted for winners of fight matchups between pop culture characters. Check out the results here:

Here are a few other cosplay photos caught on our camera:

Plenty more photos online from Comic Fiesta that we can't take credit for. Just search on Google, Facebook or YouTube for other epic (and strange) cosplays seen last weekend... like the Gundam cosplayer and the huge Mortal Kombat group cosplay!

Disclaimer: Trademark characters are copyright to their respective intellectual property owners, referenced here for fan entertainment only and not for profit.

Chance to Walk with Dinosaurs in Malaysia! 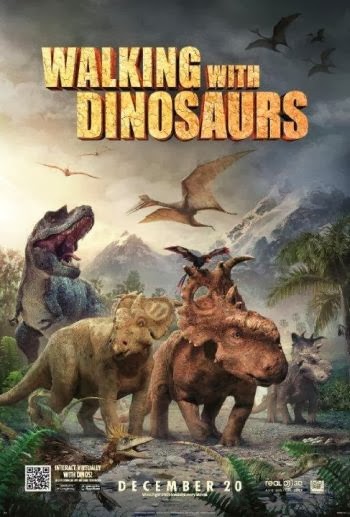 The original Walking with Dinosaurs comprises of a 6-part TV documentary produced by BBC in 1999. Dinosaurs from the Mesozoic Era (252 to 65 million years ago) were brought to life by computer imagery and animatronics, state of the film art of that time such that Walking With Dinosaurs was the most expensive documentary ever made. The highly praised series earned BAFTA and Emmy awards with its narrative style of prehistoric life and has subsequently spawned live show adaptation touring the world.


Now Walking with Dinosaurs comes to life in 3D as a US$85 million family movie coming to cinemas in December 2013. During the Late Cretaceous period 70 million years ago, the Alexornis bird Alex narrates about three Pachyrhinosaurus named Patchi, Scowler, and Juniper who grow from infants into adulthood. Patchi leads the herd in migrating, and they also encounter the predator Gorgon the Gorgosaurus. The production features computer-animated 3D dinosaurs in live-action settings with actors John Leguizamo, Justin Long, Tiya Sircar, and Skyler Stone providing voice-overs for the main characters.


Directed by Barry Cook and Neil Nightingale from a screenplay by John Collee, Walking with Dinosaurs is distributed by Twentieth Century Fox and will be hitting Malaysian cinemas on 19 December 2013 in time for Christmas. 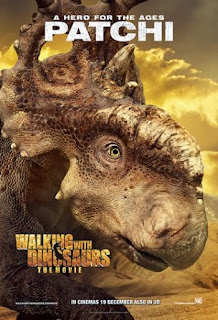 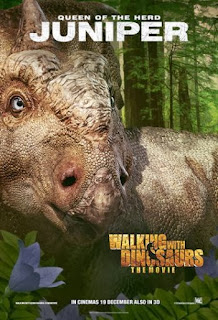 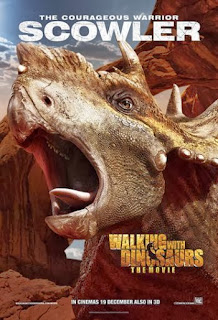 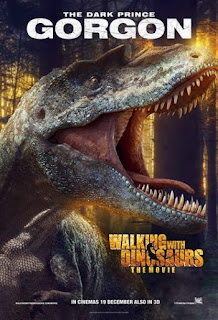 Find out more about Ankylosaurs, Alexornis, Gorgosaurus and other dinosaurs from the Dino Files.

For all things dino, head over to the official Walking with Dinosaurs website and stay tuned on their Facebook Page. 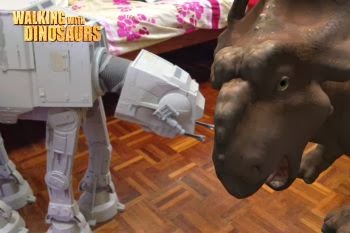 If you like to have a virtual pet dinosaur (like above), download the Walking with Dinosaurs Photo Adventure App. Plus other Apps available for various dinosaur activities. 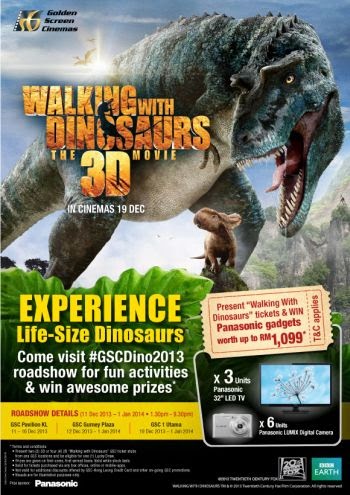 For fans of dinosaurs and/or paleontologists, head over to the Walking with Dinosaur roadshow at GSC 1 Utama and Plaza Gurney this weekend for photo opportunities with animatronic dinosaurs, family fun games and the chance to walk a "live" dino! 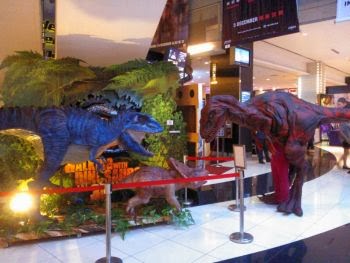 Walking with Dinosaur movie memorabilia are up for grabs on Cathay Cineplexes Malaysia Facebook Page and MTV website. 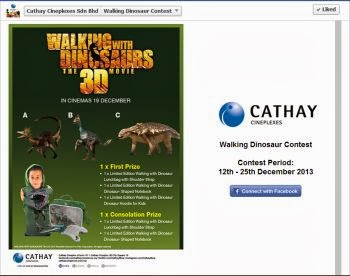 For kids and dino action figure collectors, the Outpost Movie Recon Team (M.R.T.) has located official Walking with Dinosaur toys at Toys R Us and other leading toy stores. 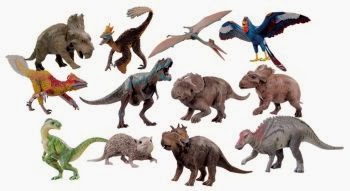 Here's some toy reviews to help choose your dino to take home:

Disclaimer: Walking With Dinosaurs and its trademarks are copyright to BBC and their respective owners, referenced here for fan service announcements without intent to infringe.