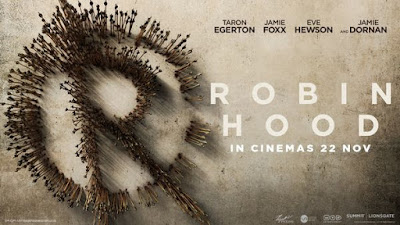 England's legendary outlaw Robin Hood returns to cinemas this week in yet another reincarnation of the heroic thief famous for stealings from the rich to give to the poor. Indeed the modern generation consuming entertainment media would most certainly have come across Robin Hood in cinema or television as one of the most popularly adapted medieval folklore that's royalty free. For the Gen-X, 1991's Robin Hood: Prince of Thieves led by Kevin Costner may be their benchmark to compare subsequent iterations against, despite being overly Americanised, e.g. Costner's Robin barely sounded English! Fast forward almost two decades to 2010, the Millennials may identify closer to Director Ridley Scott's big budget Robin Hood with Australian Russell Crowe in the leading role supported by an all-star cast.

This year's rebirth of Robin Hood brings a younger face to our hero starring rising action hero Taron Egerton, who is actually from England! Famous for his role as Eggsy in the two Kingsman movies, Egerton just recently turned 29 and would certainly find appeal amongst younger movie goers for his boyish smile and chiseled body.


"The Legend You Know. The Story You Don't."

Putting up Robin to thieving is an Arabian Moor known as John (in English) played by Award winning actor Jamie Foxx (Baby Driver, Amazing Spider-man 2, Django Unchained). Eve Hewson stars as Robin's love interest Marian whilst Jamie Dornan of Fifty Shades of Grey fame steps up as Will Scarlet. Another members of folklore is Friar Tuck played by Tim Minchin, providing godly counsel were heeded and then some. Of course taxing the good people of Nottingham is none other than the Sheriff embodied by Ben Mendelsohn (Star Wars Rogue One, Ready Player One).

Director Otto Bathurst wanted to start anew, and remake the mold with all the furious pace and contemporary action filmmaking. His “make it modern” mantra thoroughly upped the ante when it came to the film’s action. Old school static bow-and-arrow combat morphed into wildly, athletic clashes that bring a new energy and pop.

To prepare for the movie, Egerton trained to this generation's legendary modern-day archer, Lars Andersen. Hailing from Denmark, Andersen holds the world record for speed archery, firing 10 arrows in 4.9 seconds. Check out what he can do in this video and learn a bit more about historical archery:


Here are snippets of Egerton's training with Andersen translating to real archery stunts seen in the movie:


Andersen was especially gratified by how Egerton devoted himself to becoming as speedy and accurate an archer as he possibly could. So for you highly motivated readers who like to try your hand at this sport, check out Eureka Archery locally based in Klang Valley.

For reviews on this new Taron Egerton Robin Hood, refer to articles by Variety and Forbes.

The Malaysian Premiere for Robin Hood was held earlier this week at TGV 1 Utama. Special guests included hunky dudes for the search of Malaysia's version of Robin Hood (please steal from Jho Low and gift back to us ya?) as well as the Hood himself. 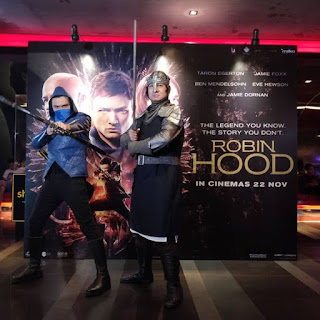 Look out for these two characters transported from Nottingham to visit the following TGV Cinemas this weekend: 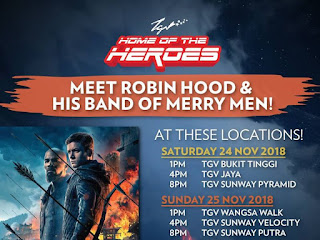 Also be rewarded for watching Robin Hood at TGV Cinemas by receiving a free poster for two tickets purchased as well as stand a chance to win movie premiums and TGIF dining vouchers via their Facebook contest (ends 23 October): 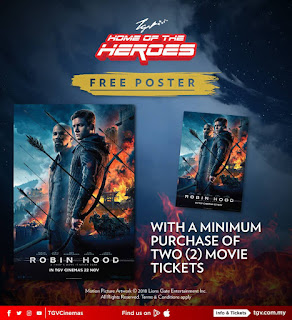 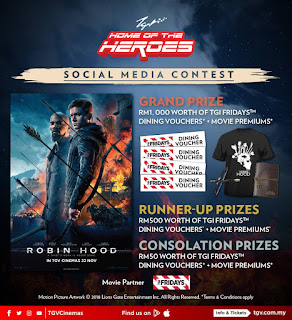 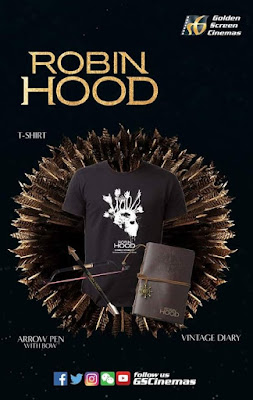 Over at MBO they are offering a Robin Hood member card for their Allstar club (it's Free): 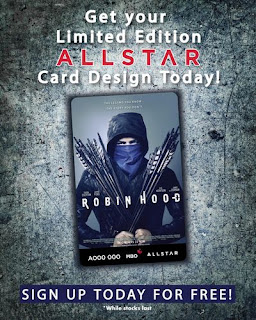 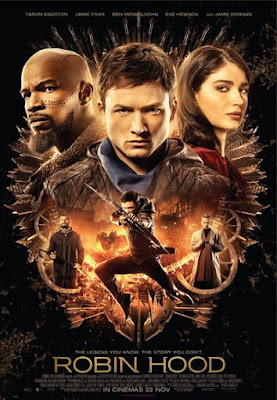