Get inspired from the Superhero Comic Art Fair 2017 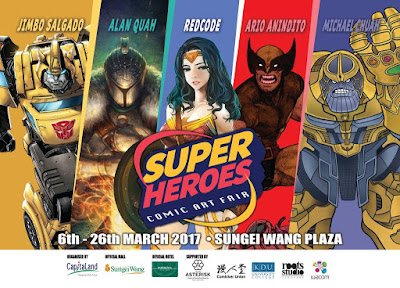 Here's what happened during the event launch day:


Here's the upcoming event itinerary (subject to change without notice): 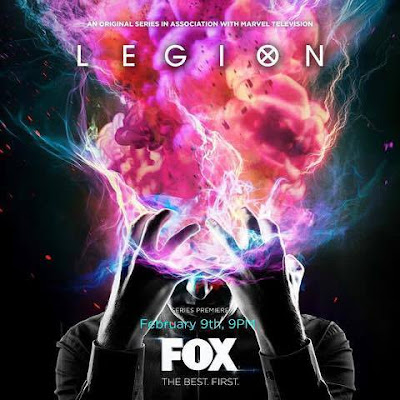 Last week, Marvel fans throughout the world rejoiced seeing Hugh Jackman #OneLastTime as Logan / Wolverine in cinemas, closing a 17-year cinematic journey for the world's most famous mutant. Just one month earlier, another ripple veterbrated in Fox's Marvel universe with the introduction of new character from comics to television, Legion. Although one of the lesser known mutants, Legion has been in the comics over 30 years since 1985 and may be more recognised as the lovechild of X-Men leader, Professor X himself. He is also arguably one of the most powerful mutants in existence with all-manner of powers but afflicted with mental disorders manifesting split personalities.

If you want to know more about the comic version of Legion check out this brief video:

Official synopsis for the series:

Legion is the story of David Haller (Dan Stevens), a troubled young man who may be
more than human. Diagnosed as schizophrenic as a child, David has been in and out of psychiatric hospitals for years. Now in his early 30s and institutionalized once again, David loses himself in the rhythm of the structured regimen of life in the hospital: breakfast, lunch, dinner, therapy, medications, sleep. David spends the rest of his time in companionable silence alongside his chatterbox friend Lenny (Aubrey Plaza), a fellow patient whose life-long drug and alcohol addiction has done nothing to quell her boundless optimism that her luck is about to change. The pleasant numbness of David’s routine is completely upended with the arrival of a beautiful and troubled new patient named Syd (Rachel Keller). Inexplicably drawn to one another, David and Syd share a startling encounter, after which David must confront the shocking possibility that the voices he hears and the visions he sees may actually be real.

A haunted man, David escapes from the hospital and seeks shelter with his sister Amy (Katie Aselton). But Amy’s concern for her brother is trumped by her desire to protect the picture perfect suburban life she’s built for herself. Eventually, Syd guides David to Melanie Bird (Jean Smart), a nurturing but demanding therapist with a sharp mind and unconventional methods. She and her team of specialists – Ptonomy (Jeremie Harris), Kerry (Amber Midthunder) and Cary (Bill Irwin) – open David’s eyes to an extraordinary new world of possibilities. 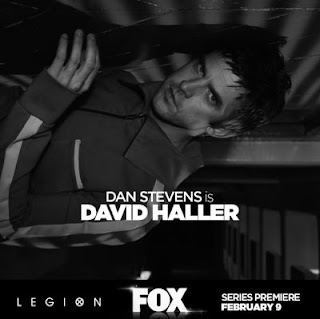 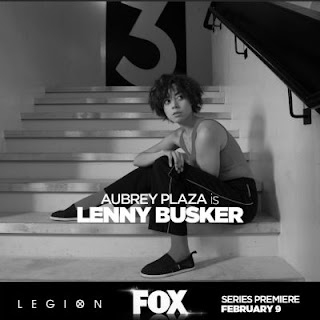 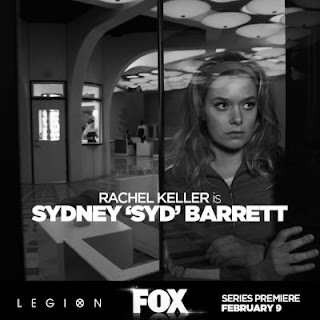 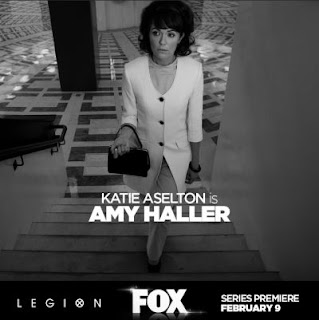 Find out more about the cast of Legion in this featurette:

A local activation event on the series Premiere week for Legion took place at Sunway Pyramid from 9 to 12 February 2017. #ProjectLegion conducted "psyche evaluations" and our Outpost Commander was admitted as a patient. After a some tests and trippy trip through the "mirror universe", he was discharged as still functionally fit for society subject to medication (candy pills). 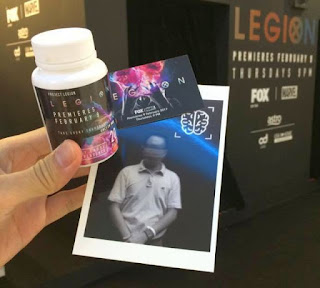 Legion is currently mid-way through it's first season and on-air same day as US here in Malaysia on FOX, Astro channel 724 every Thursday, 9.00pm. "Chapter 5" just released at the time of this blog post so that's just 3 more episodes to go.

Thanks for the kind folks at Fox TV Asia, we have 10 Legion t-shirts to GIVEAWAY to our faithful geek followers. For a chance to WIN these goodies, follow these simple steps:

BONUS for X-Men cosplayers!
Post your photo cosplaying any mutant character from the X-Men universe (TV, movies, comics) to participate instead and also receive Legion schizophrenia meds (actually candy pills-lah!) to maintain your sanity. Please name the character being cosplayed in your post and paste in the following message:


Set your post privacy to public so we can see it and remember the hashtags so we can look for it.

Contest closes Thursday 16 March 2017, 11.59pm. Thereafter stay tuned to our Facebook Page Outpost Productions over the next few days to find out whether you have won!

If you like our geeky pop culture intel, please feel become a follower of this blog by submitting your email through the right panel.


Disclaimer: Legion, X-Men and other trademarks are copyright to Marvel Entertainment, and/or their respective owners, referenced here for fan service announcements without intent to infringe.