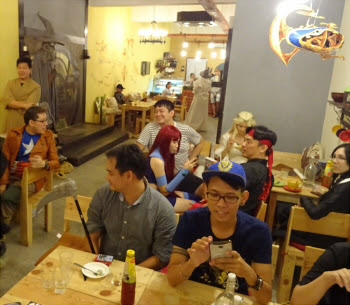 Day turned to night rather quickly that Saturday as Outpost Productions celebrated our 10th Anniversary at The Shire Cafe in Sri Petaling; a quaint little joint replete with a themed backdrop and warm music, reminiscent of how Hobbiton was described when Lord of the Rings was first introduced to the world through the silver screen. The dinner guests checked in at 1900 – 1930 hours, and of course many of them would be in costumes as Halloween was just around the corner. 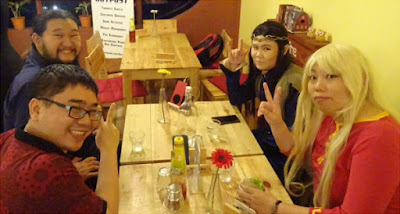 Nestled in between the shoplots, Outpost Productions booked The Shire Cafe in lieu of Marvel Studios' most recent release of Doctor Strange, a mystical Sorceror charged with the duty of protecting the universe against powerful beings beyond the mortal plane, and with that the theme of 'Strange Magical Tales' was settled upon.

A buffet spread was laid out, and after a short opening speech by Outpost commander (and head sorcerer for the night) Richard Chua the guests took to collecting their first bites of the evening, then tucking into the fun parts of the magical gathering. Shortly then, at several intermissions lucky draws were held and prizes were given out to the guests that bore the themed ticket, and the prizes were as wild and varied as they come, ranging from a full-sized outfit to a brand new (and expensive) LEGO set based off the latest Doctor Strange franchise. 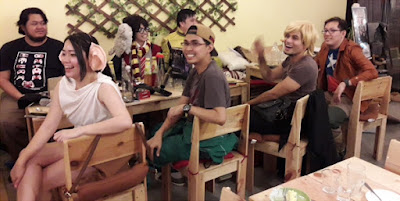 It was not long into the night as a short presentation happened, and we peeked into the origins of Outpost and what it was long before its 10th anniversary, starting out as a geek cafe in Cineleisure Damansara (now known as e@Curve) as MySciFiFan Outpost during the early years. Many a geek who sat that night recalled what it was as waves of nostalgia came over them. Many of the visitors brought up memories of set lunches, costumes and toys, Outpost certainly had come a long way. But of course, there was more to the night than a history lesson, as more than a few games were thrown into the mix.

The guests were treated to games of trivia where the questions are as diverse as their prizes until the challenge came for men and women alike to play out an act in teams, which was received among the guests with great amusement. During the latter half of the games, the theme of a switcheroo came into play as costumed guests were told to play out their partners' characters. Could anyone imagine how Galadriel, high queen of the Wood Elves would act if she were to swap minds with Dobby the house elf? Neither could the commander and the guests, and the results were, to the delight of many, hilarious. The final contestants stood to claim their trophies and gave their heartfelt speeches on why they picked their costumes, ending the contests on a warm note.

Hours passed, and after a few photo opportunities with all the guests the hour has come when it was time for cake. The guests gathered round, wishing Outpost its 10th birthday as soon as the candles were placed atop the Star Trek logo. The candles were lit, and the song was sung, marking Outpost's 10th year in passing. Excited, Commander Richard drew the knife down quickly into the side of the cake, before the candles were extinguished.

The wish? Quoting the commander, 'Here's to another ten years.' The night drew to a close, and a new day begins yet again.

P.S.: Yours truly won a Flash(the TV series) outfit, and I did not hear the end of having to wear it that night from the other guests. 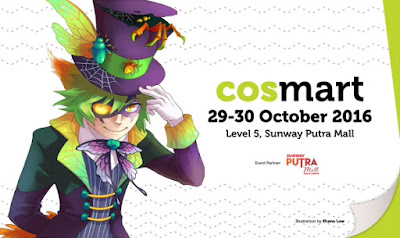 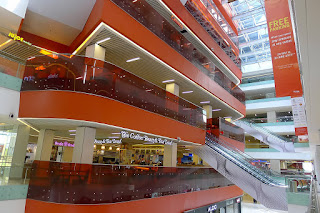 Upon first glance, the unassuming Sunway Putra Mall upon Jalan Putra appeared to be quiet on the outside at 1300+ hours. A storm was brewing as skies darkened to an ominous grey, and traffic in the city of Kuala Lumpur on a weekend was ever bustling in the gradual rain. Being a part of the Recon Team I took a Waze route, and upon arrival at the mall, underneath its exterior in the parking lot I circled and waited until I was allowed out of the vehicle.

I was unfamiliar with the mall's architecture, so I thought, follow the crowd (notably the cosplayers) and I will arrive at my destination soon enough.

I made my way onwards and upwards, taking a flight of stairs as the nearby elevators were crowded with an onslaught of weekender visitors, then following the trail as I tailed young adults sporting bright, colorful wigs of vivid hues if not out-of-place sailor uniforms until I reached the penultimate level, just one level beneath the ACG (animation, comics, games) event floor when I bumped into fellow cosplayers from a familiar group. As a regular event-goer, it has become a norm to bump into the same faces even as they bear another look, no matter the event. 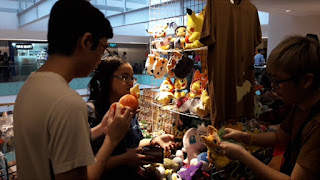 I ascended the nearby elevator, and despite the event being of a small scale the transition that took place was jarring; upon reaching the landing of the top floor (the ceiling was a bit low), I turned to spot the extremely crowded marketplace along the narrow corridor that was the mainstay to COSMART's name, lined with merchandise and wares of all sorts, exchanging hands as fast as the coming and going of visitors. Badges, plushies, body pillows, laser-cut/3D-printed items, there was hardly a limit to what the marketeers were selling short of the real thing.

Last I had heard, this season is supposed to be when many of the major console games would be released. Far too many to be listed, I am sure. 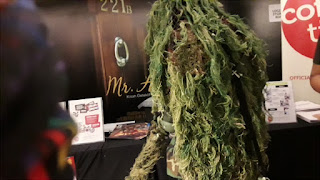 The recon did not stop there, and as I made my way through I had bumped into more than my fair share of costumed folks carrying props of different shapes and sizes, and through first contact the marketeers and cosplayers were a friendly bunch all about, openly inviting to spontaneous photo opportunities and making everyone else's day that much brighter.


Ah, the sights and sounds of an ACG event. Almost feels like home. Almost.

At the other end of the floor the corridor opened up into a larger landing where the stage was located, with what appeared to be a full house with a large audience sitting on the floor in front with several more standing in the back. Despite missing out on the opening performances, the stage was not short on pleasant surprises when they demonstrated how to edit photos before proceeding to a cosplay competition. Safe to say, their contestant lineup was interesting. According to their scheduling, they were more than ready for a full weekend of fun.


Beyond the stage crowd, and like many events I availed myself to the presence of other cosplayers that simply mingled about having their pictures taken, and as always, from my experiences it was a joy to see different worlds coming together as the many fandoms interacted with each other in ways never thought possible. 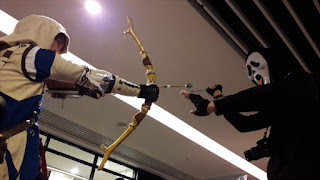 The recon ended at 1500 hours after discovering much of the area, considering the size of the crowd. The weekend parking fee was absolutely painful, and by the time I had left, more vehicles had spilled into the lot making the way out a crawl. Despite all this, I look forward to the next event recon.