Robocop 2.0 Upgraded to Uphold the Law 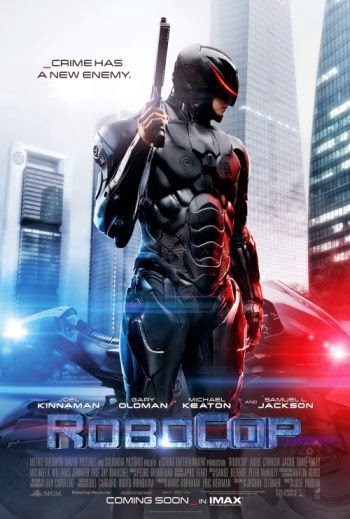 The future of law enforcement receives upgrades to tackle crime in the 21st century, rebooting the near future of 1987's classic "Robocop" directed by Paul Verhoeven and starring Peter Weller as Officer Alex Murphy, aka Robocop. The original Robocop story took place in Detroit, a city terrorised by violent crimes. Police officer Alex Murphy was brutally murdered in the line of duty and revived from the dead in the form of a half-man, half-robot super-cop. 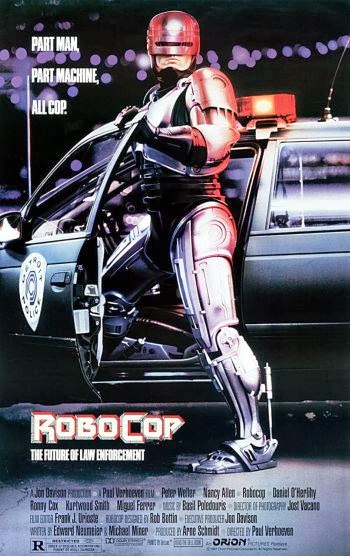 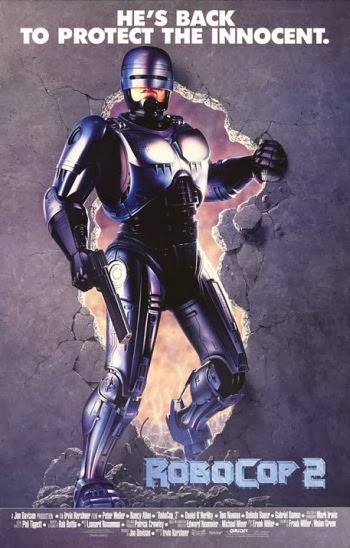 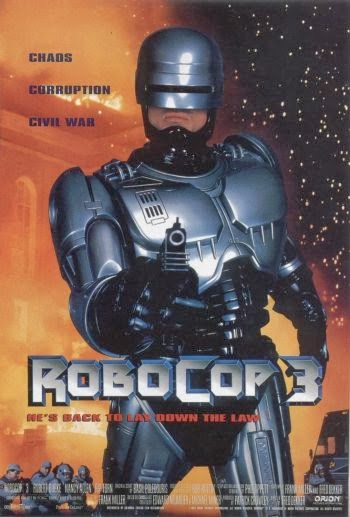 Robocop fans are also a passionate lot producing a number of fan films. We kinda like this cleverly edited fan film of Robocop vs. Terminator plus a surprise guest star:

Find out more about Robocop on film from IMDB and of the Robocop franchise from Wikipedia. Also check out the Robocop Archives on YouTube for other interesting videos. 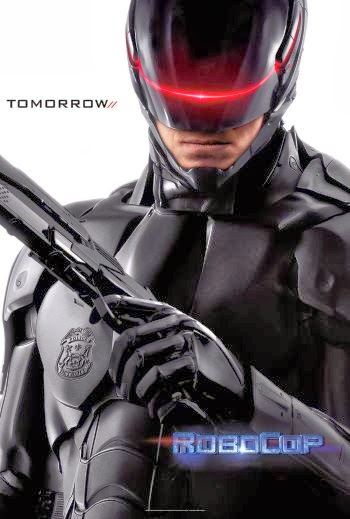 This year's Robocop reboot is directed by Jose' Padilha of Brazil with Swedish-American actor Joel Kinnaman as Alex Murphy aka "Robocop" alongside other A-list actors such as Gary Oldman, Michael Keaton and Samuel L Jackson. Now the near future takes place in 2028 where multinational conglomerate OmniCorp is at the center of robot technology. Their robot drones are winning wars around the globe and now they want to bring this technology to the home front but prevented by "robo-phobia". Alex Murphy is a loving husband, father and good cop doing his best to stem the tide of crime and corruption in Detroit. After he is critically injured in the line of duty, OmniCorp utilizes their remarkable robotics to save Alex’s life. He returns to the streets of Detroit as "Robocop" with amazing new abilities, but with conflicting issues no human has never had to face before. Here's a few clips from the movie:

Expect that Alex Murphy would be somewhat annoyed being forcibly woken up for such a pleasant dream.


Robocop 2.0 vs. robot drones, and why he would be better off wearing a full face helmet.


The new Robocop has great speed and agility thanks to Omnicorp state of the art robotics... and Sony Pictures CGI SFX.


Introducing the characters in Robocop's near future: 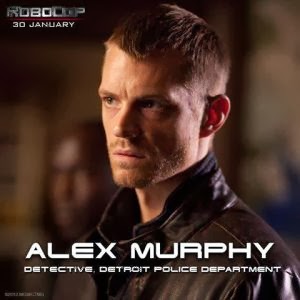 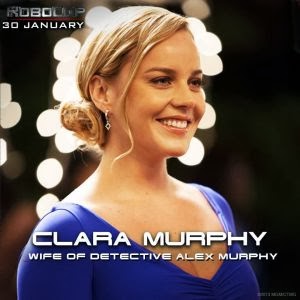 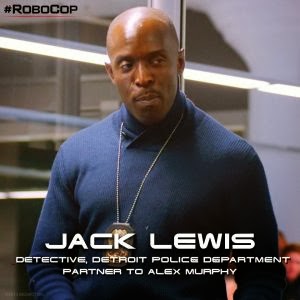 It was officer Anne Lewis in the original Robocop. 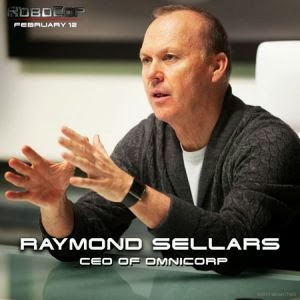 Micheal Keaton, from CEO of Wayne Enterprises (Batman) now to CEO of Omnicorp. 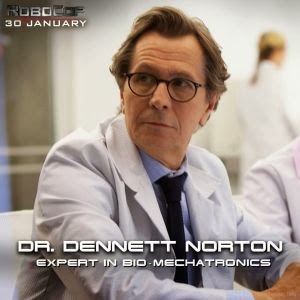 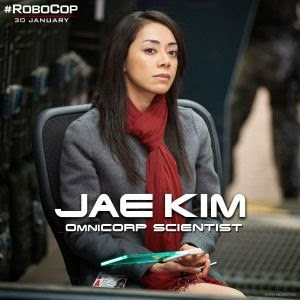 Look-out for his recycled Elysium exo-frame. 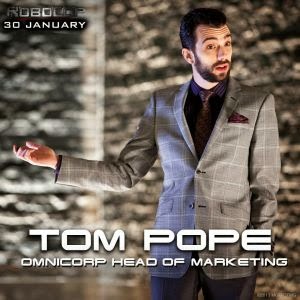 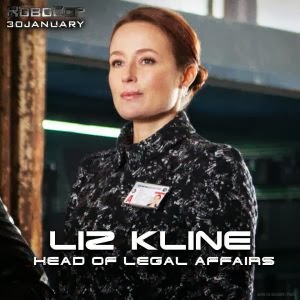 Because Omnicorp needs legal mumbo-jumbo to cover its arse. 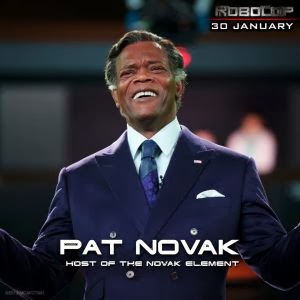 And you can't have Samuel L. Jackson without spitting some "F"-bombs in a  movie!

Find out more from the Omnicorp website as well as volunteer for the RC-2000 program:


As movie fans, we like checking out B-Rolls for opportunities to cosplay such iconic characters:

Read the review of this latest Robocop at GenYes.My and CinemaOnline plus not-a-review by blogger Eyeris.

The Outpost Movie Recon Team (M.R.T.) has surveyed the local streets for Robocop memorabilia to enhance your Robo-experience. Here's what we found: 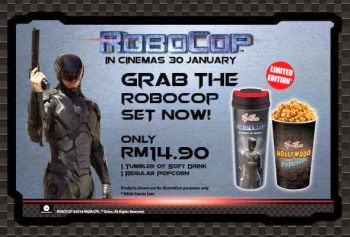 Once again TGV cinemas brings a Robocop tumbler to quench your thirst and sweeten your movie with popcorn for a combo price of RM14.90. 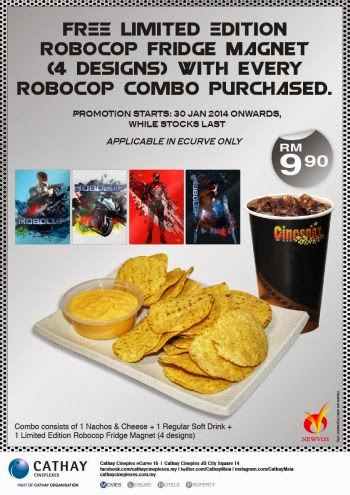 Meanwhile Cathay Cineplexes is offering limited edition Robocop magnets with their nachos & cheese combo for RM9.90 starting today. There are 4 designs to collect with only 1 magnet included with each combo purchases, so you'll need to order multiple combos to get all 4 designs. 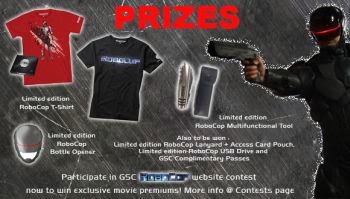 GSC Cinemas offers Robocop movie memorabilia to be won from their website contest. Just decipher some words and submit a tie-breaker slogan by 12 February 2014. 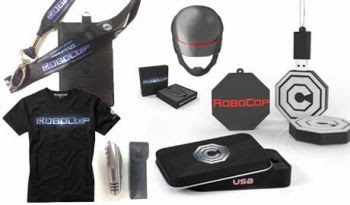 Act fast by 31 January 2014 to also stand a chance to win more Robocop goodies from the Gen Yes website. 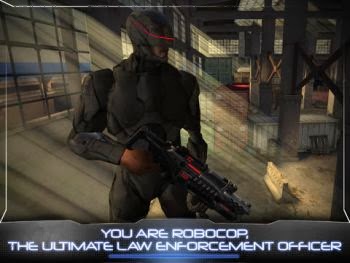 Become an RC-200 to directly "Enforce the Law" by downloading the official Robocop movie game App available from iTunes for iPhone and iPad. 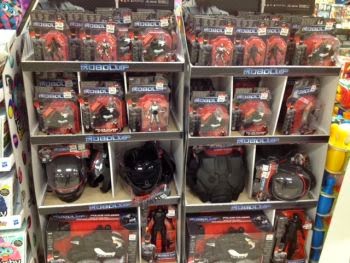 UPDATED 1 February: Jada Toys has the official license for Robocop movie toys, and we have just spotted them at AEON toys department. Figures mostly come in 4in and 6in scale for Robocop 1.0 and 3.0 versions as seen the movie, sold at RM42.90 and RM59.90 respectively where the 6in series include light-up visor when pressing button on chest piece. 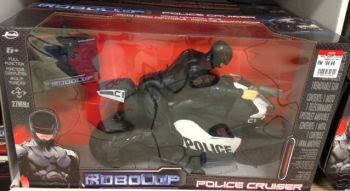 There is also Robocop's Police Cruiser cycle with pull-back release in 4in scale for RM69.90 and larger remote control version at RM199.90. Plus kids can role-play as Robocop with helmet and chest armour. 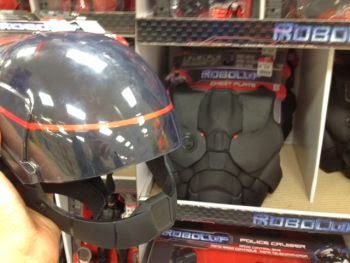 These toys have also been sighted at Amcorp Mall's weekend flea market stalls and found more from a local online seller on Mudah.my. Click these listings for the Robocop 1.0 and 3.0 versions of action figures in the 4in and 6in scales. 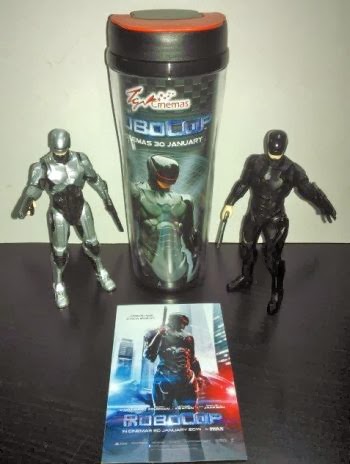 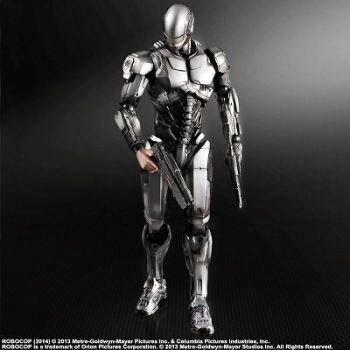 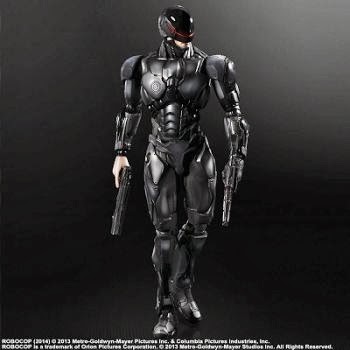 These 9.5in scale figures of Robocop 1.0 and 3.0 as seen in the movie will be released soon and available from local retailers like ToyPanic.com at RM300++. 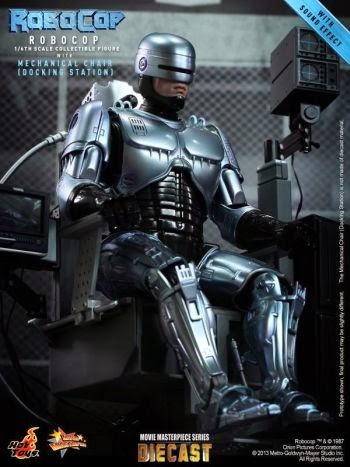 Fans of the original Robocop and Hot Toys can also splurge a few thousand $$$ on high end 1/6 scale poseable diecast figures of Robocop with his Mechanical Chair / Docking Station as well as combating ED-209. These release later this year and may still be available for pre-order via ShiokToys.com. 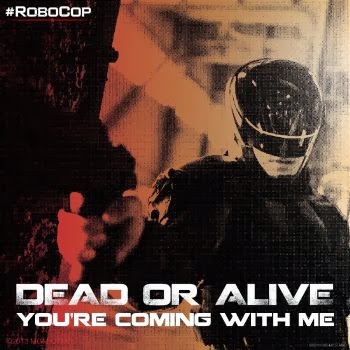 Robocop from Sony Pictures Releasing is now out in Malaysian cinemas today in 2D and IMAX 2D, a full 2 weeks before US and just in time for the Lunar New Year! Outpost wishes our Chinese fans Gong Xi Fa Cai and drive safely this festive season (Robocop will pull you over otherwise).


Disclaimer: Robocop and its trademarks are copyright to Sony Pictures, MGM and their respective owners, referenced here for fan service announcements without intent to infringe.


It's already 2014! Belated Happy New Year to all our friends, fans, associates and clients. 2013 flew by so fast that we still feel left behind in that year due to time dilation from FTL travel! We thought to post our New Year message earlier on 1 January with a few photo highlights of 2013 but scouring through thousands of photos took longer than expected with so much more to show and tell than we thought. 2013 was really a breakthrough year for Outpost with numerous projects keeping our small crew intensely busy. Here's our brief pictorial flashback of 2013 starting with cosplaying and costuming:

For fan engagements, fans of both Star Trek and Star Wars were given exciting missions:


While we weren't involved in many official NERF events for 2013, it was a big year for kids birthday parties hosting NERF games:

For services, our production team scratch-built a handful of costumes and props: 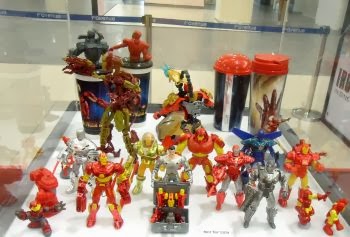 Finally we took to the leap to be officially part of Comic Fiesta as a premium artbooth exhibitor and also took opportunity to rebrand as Outpost Productions: 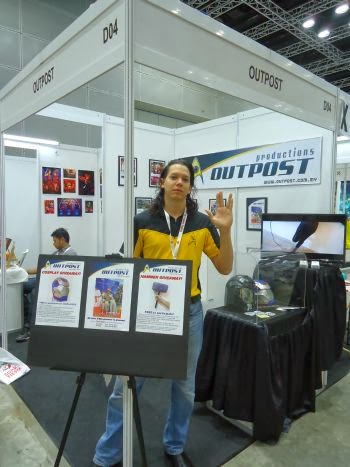 Leading up to Comic Fiesta, we unveiled a series of online videos titled Cosplay Fight Club matching cosplay characters from popular culture and soliciting viewers to vote for their chosen winners. The results were unveiled at Comic Fiesta weekend and uploaded online: 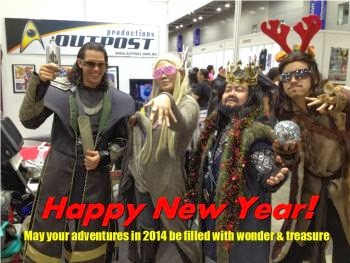