At FANTASY ISLAND be careful of what you wish for, you might just get what you deserve 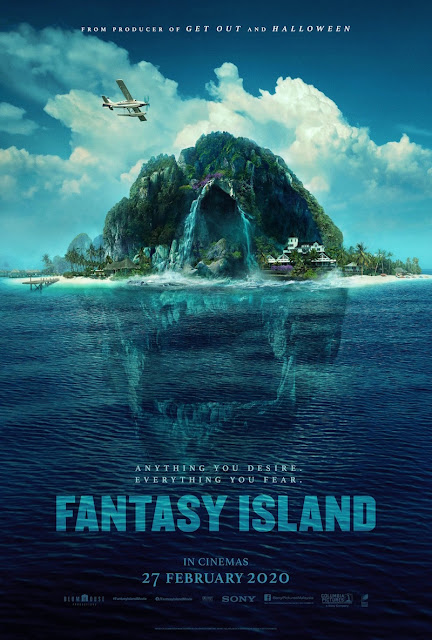 Palm trees, waterfalls, sandy white beaches and white suits. The ultimate place that grants your greatest fantasies, albeit for a price. Remember the wise old saying, “Be careful of what you wish for?” Somehow, there is an eerie ring to it that lends itself well to the element horror making FANTASY ISLAND ripe for a horror movie adaptation. 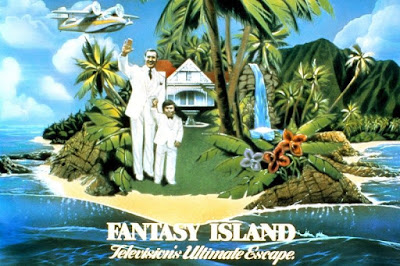 The origins of Fantasy Island is as uncanny as its plot. The series hails back from the 1970s and was created by Gene Levitt for the ABC television network. It starred the late Ricardo Montalban as the enigmatic and mysterious Mr. Roarke and Herve Villechaize as his assistant Tattoo.


According to the producer Aaron Spelling, the series was unintentionally "pitched" to the executives as a joke. During a pitching session that was not going well, an exasperated Spelling exclaimed, “What would you like me to do? Put some guy on an island and have him grant wishes to people?!”

Although it was sarcasm, the network was sold on the idea. Spookily enough, the series became a hit that spanned for 7 seasons from 1978 to 1984.

What made the series so alluring?

As the name implies, Fantasy Island has a mysterious element that borders on the surreal and supernatural. The presence and roles of Mr. Roarke and Tattoo were left open to interpretation. For those of us old enough to remember, the series will open with the ringing of the bell and crying of, “De plane! De plane!” by Tattoo atop the bell tower, announcing the arrival of new guests to the island. What the island truly represents and why do fantasies magically happened are never explained in the series.

Each episode featured two guests with their fantasies that will play out during their time on the island. When a fantasy manifests, the guests must see it through to its conclusion. That is where the fantasy often unexpectedly takes on a dark twist. If the guests survive the fantasy, the episode will conclude with a moral lesson. Fantasy Island is best described as a cautionary tale that leans towards dark undertones similar to The Twilight Zone.


With Blumhouse at the helm of the new 2020 reboot, it will not stray far from the classics. It is still set on an exotic island and will still feature the host Mr. Roarke (now starring Michael Pena) who warns his guests with the classic line that guests must see their fantasy through to its final conclusion. Fans will be able to recognise the icons that honours the original series including the white plane flying into the island bringing a set of new guests.

See the trailer for the movie below;

The cast lineup that will be the island's guests are all established actors including Lucy Hale (Pretty Little Liars, Truth or Dare), Maggie Q (Nikita, Mission Impossible III), Austin Stowell (Dolphin Tale), Portia Doubleday (Carrie 2013) and Michael Rooker (Guardians of the Galaxy). Jeff Wadlow the director himself has directed films like Truth or Dare and Cry Wolf.

The film's official synopsis:
In Blumhouse's Fantasy Island, the enigmatic Mr. Roarke makes the secret dreams of his lucky guests comes true at a luxurious but remote tropical resort. But when the fantasies turn into nightmares, the guests have to solve the island's mystery in order to escape with their lives.

Find out more about the movie at its official website here. And read what actress Maggie Q has to say about her role as Gwen on Fantasy Island.


In Malaysia, a promotional stint for Fantasy Island was carried out during Comic Fiesta in December 2019. A "vacation resort' booth was setup welcoming convention attendees to visit Fantasy Island. After viewing the movie trailer, potential guests were invited to join contest to win Movie Premiere invites by sharing their fantasies. It was not all fun games though as a creepy character inspired from Fantasy Island gave Comic Fiesta visitors warnings to the guests to expect the unexpected.


Welcome to the Movie Premiere!

This week, Fantasy Island opens in Malaysian cinemas nationwide. And some fans took the opportunity to dress-up at the Movie Premiere in TGV 1 Utama.


Check out movie review by Star2 here then book your tickets to Fantasy Island at a cinema near you. Just "be careful what you wish for..."