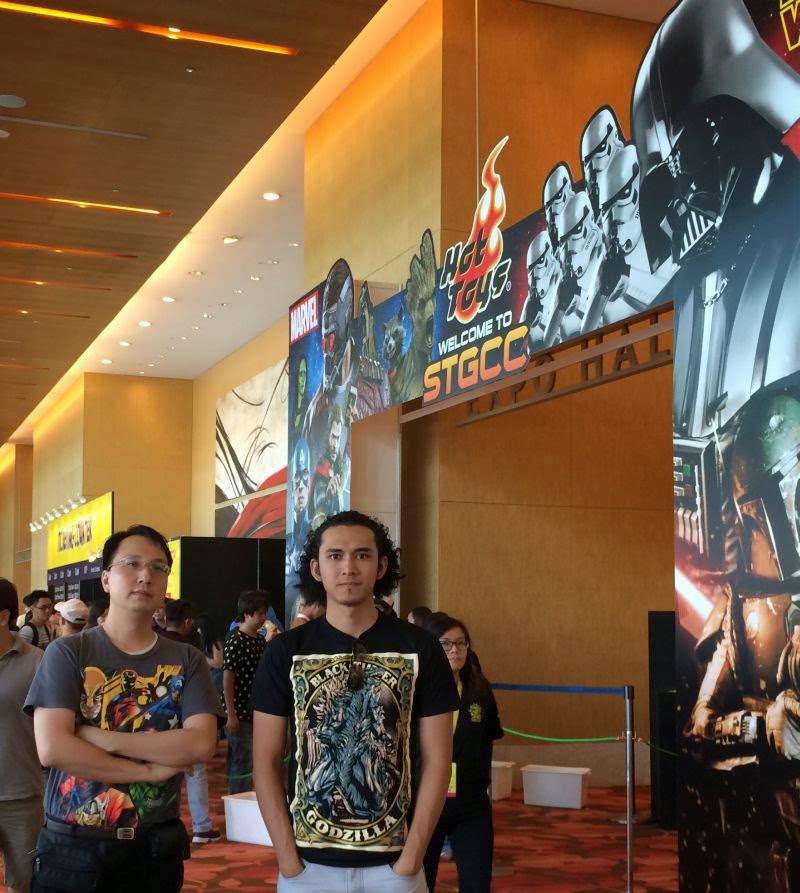 The Outpost Movie Recon Team (M.R.T.) rolled-out for Singapore Toy, Games & Comic Convention (STGCC) over the weekend of 6-7 September 2014 at the Sands Expo & Convention Centre, Marina Bay Sands. The roadtrip comprised our commander with the production crews to survey the cosplay scene across the Causeway and snag our respective “poison” collectibles. Here are some video overviews of the self-proclaimed "Coolest Event of the Year":

This year our Away Mission report below will mainly feature cosplay captured on our cameras at STGCC. The 501st Legion are back again with their line-up of Star Wars costumers supporting charitable causes, hence allowing convention visitors to shoot Darth Vader & co. with NERF blasters. They also complement Hot Toys launching their new Star Wars license product line.

The other sci-fi franchise making a cosplay present are the super-hot Guardians of the Galaxy with at least 3 Star-Lords and 2 Groots sighted.

Although the Iron Man franchise was not as dominating in this year's STGCC, the Iron Legion were still present here seen with a Stan Lee cosplay:

Similarly whilst Marvel was not officially present this year, Marvel cosplay did not seem terribly diminished with this host of super heroes and villains: 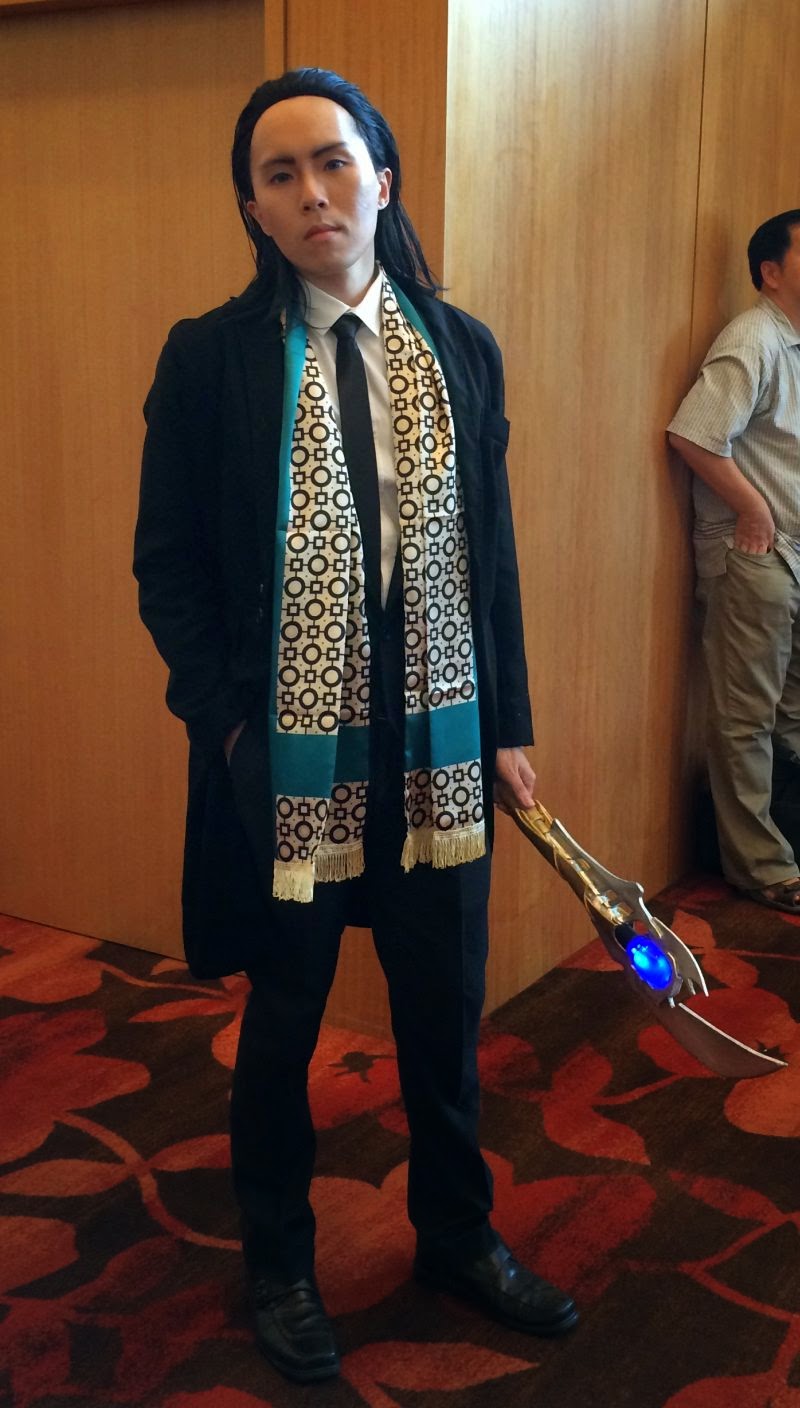 Some DC superheroes were also present with showdown between Woman Woman & Power Girl vs. Groot and Star-Lord.

Animated movies were well represented with a number of Jack Frosts seen here with Hiccup from the first How To Train Your Dragon movie.

Drawing big crowds were Toothless with older Hiccup and his mother Valka.

And a surpise Kaiju matchup between Godzilla and Toothless!

Incidentally there was another Dragon present of the bipedal species. 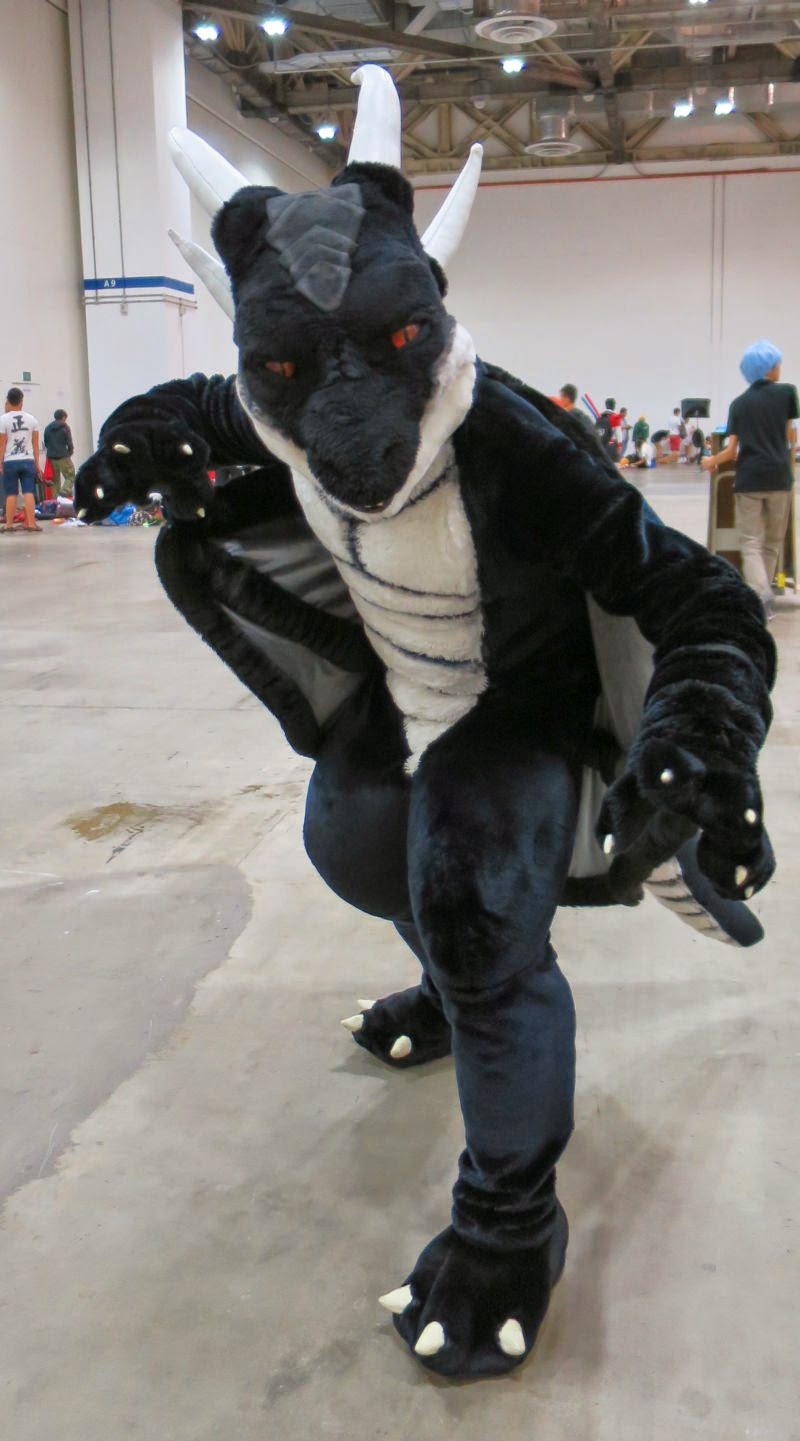 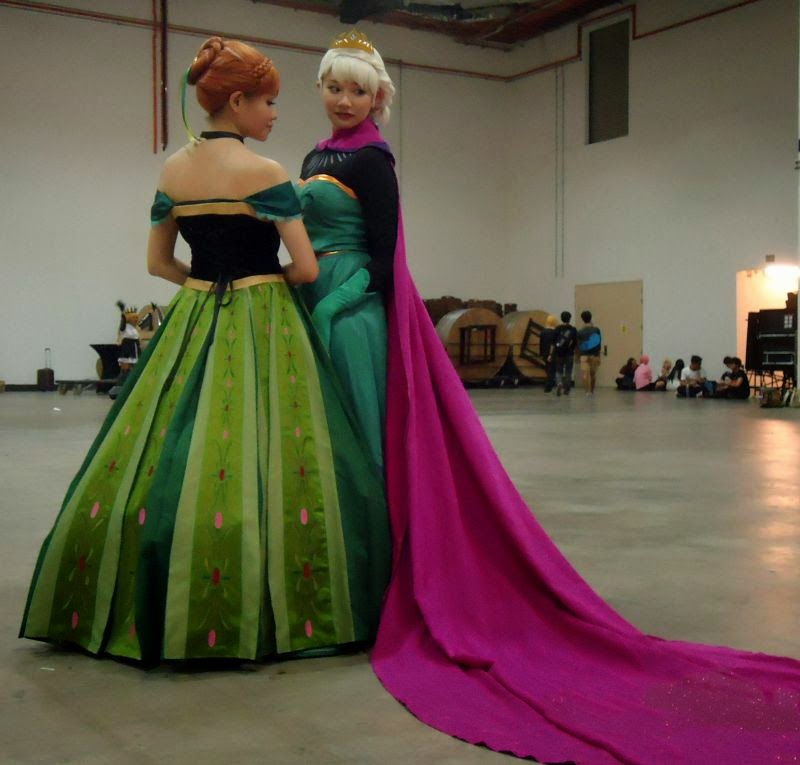 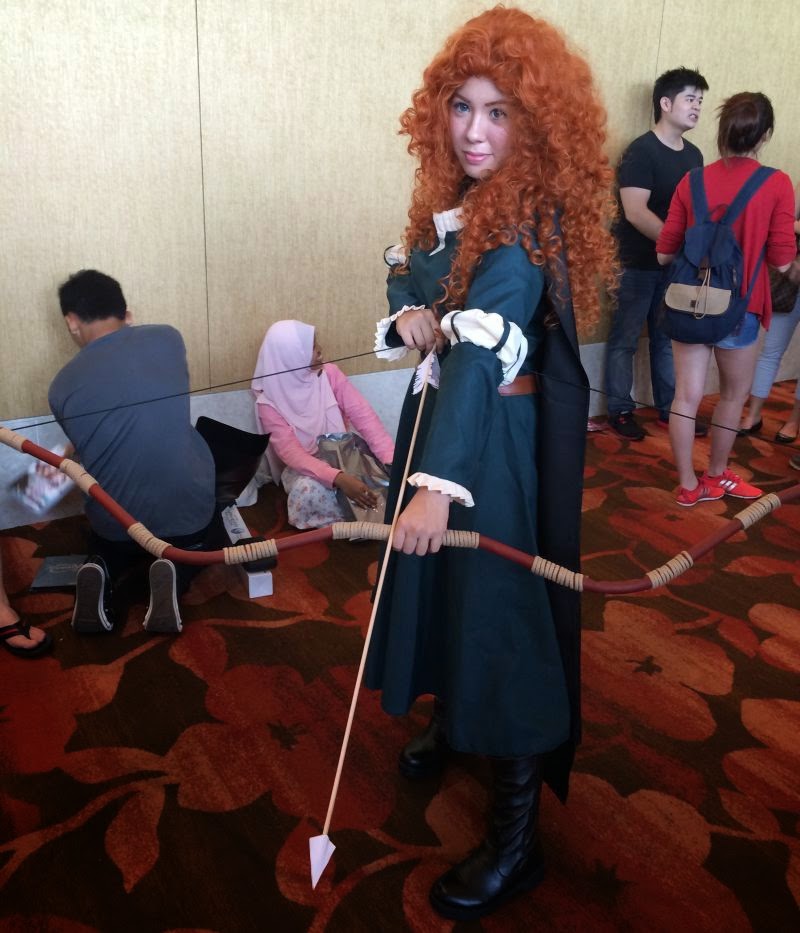 Check out these Sailor Scouts! 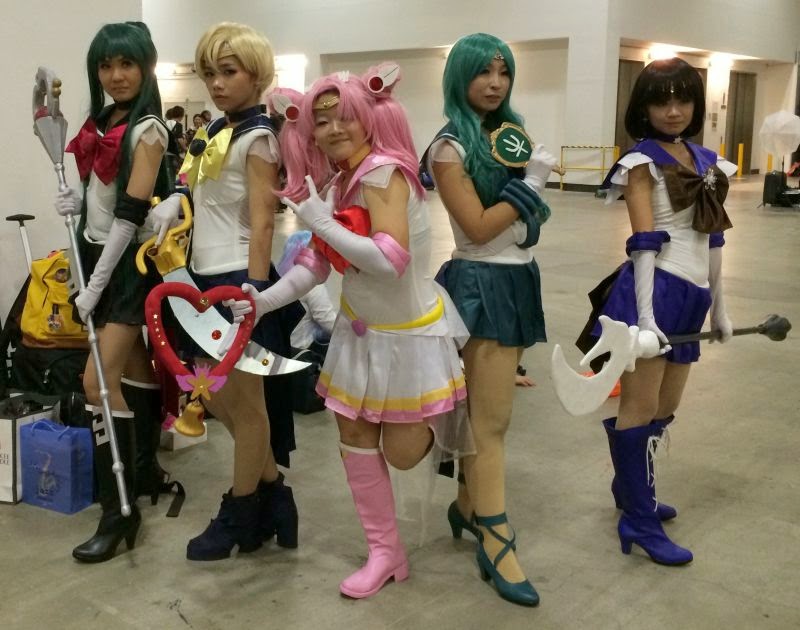 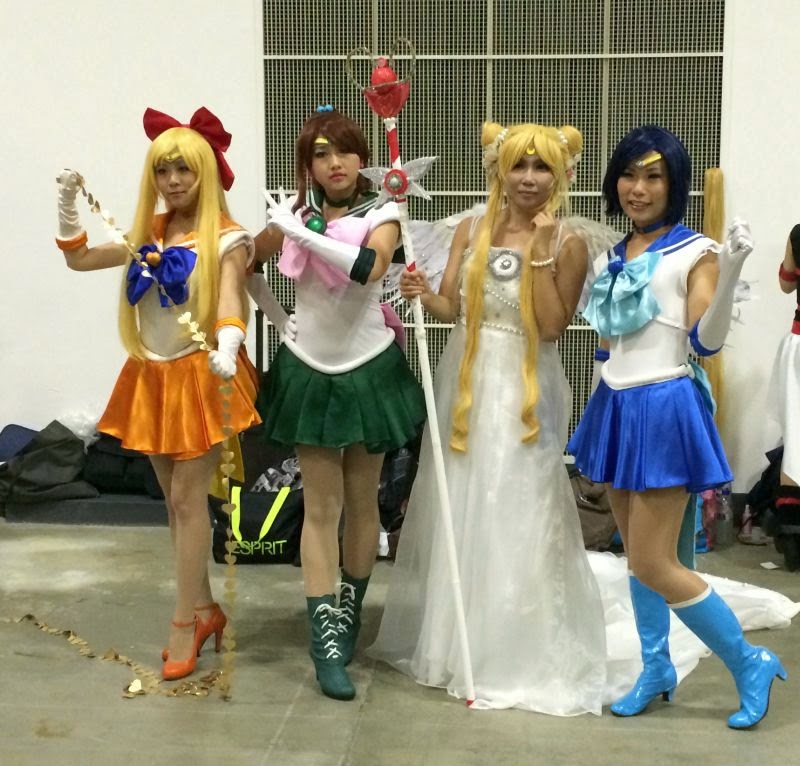 Although we didn't catch Tuxedo Mask, he's probably lurking somewhere to guide Sailor Moon and co. to defeat the likes of Queen Beryl: 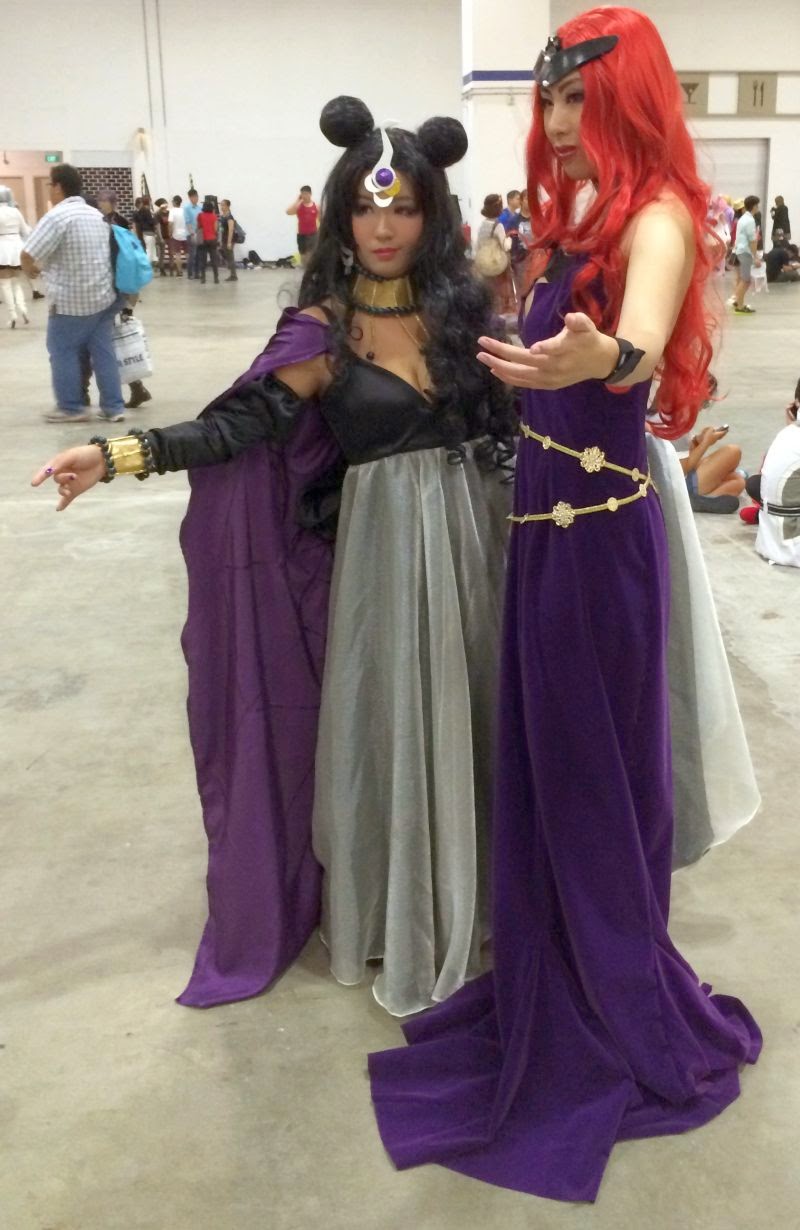 Other prominent robots sighted were at least 2 Optimus Prime, this one below featuring on the Cosplay Runway with some helpers: 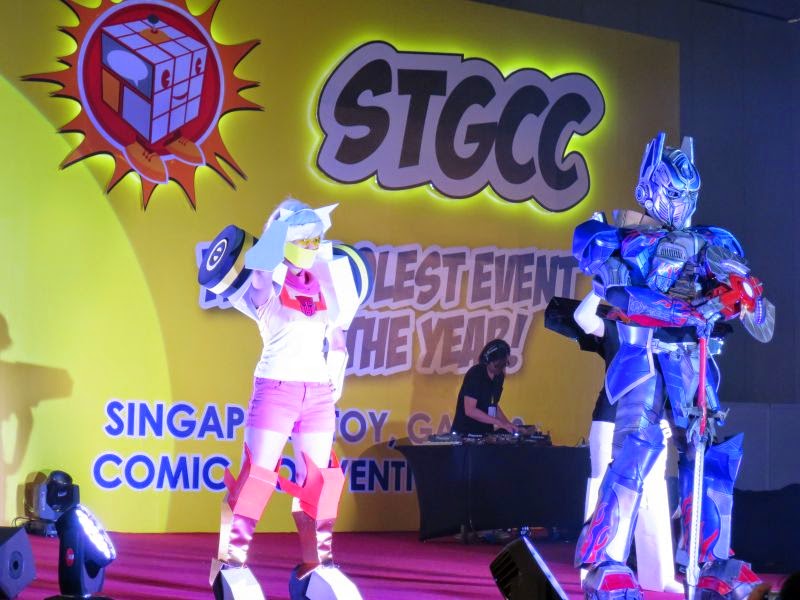 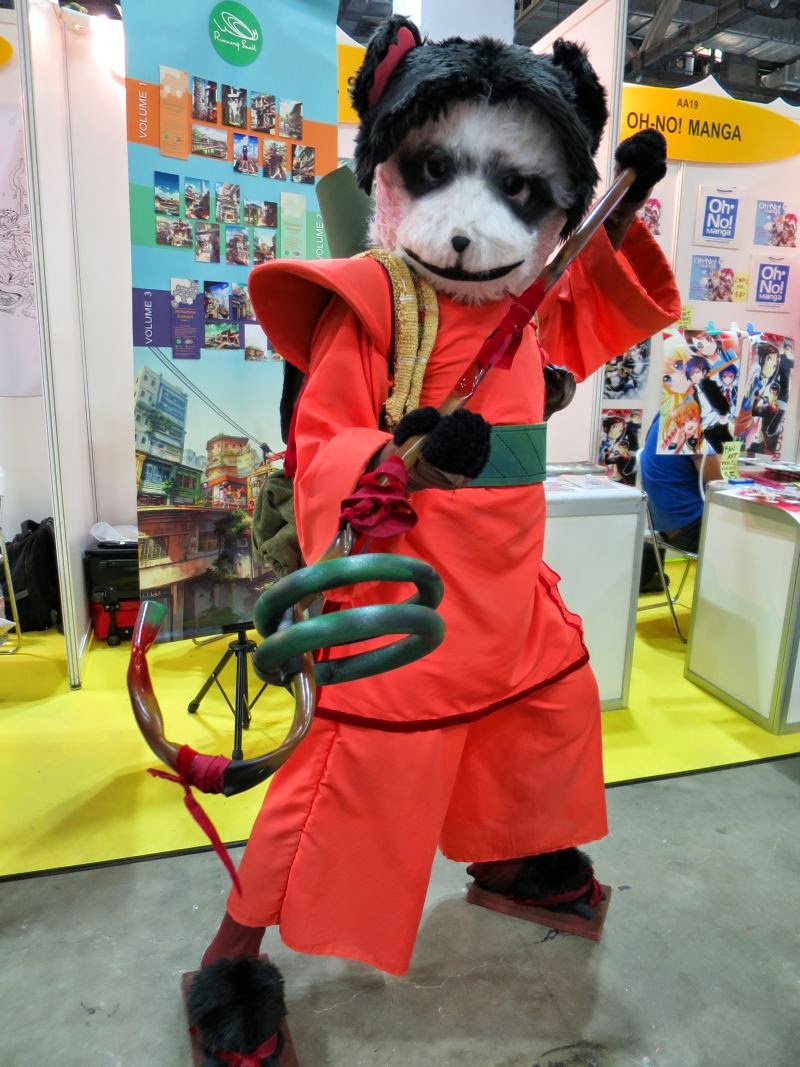 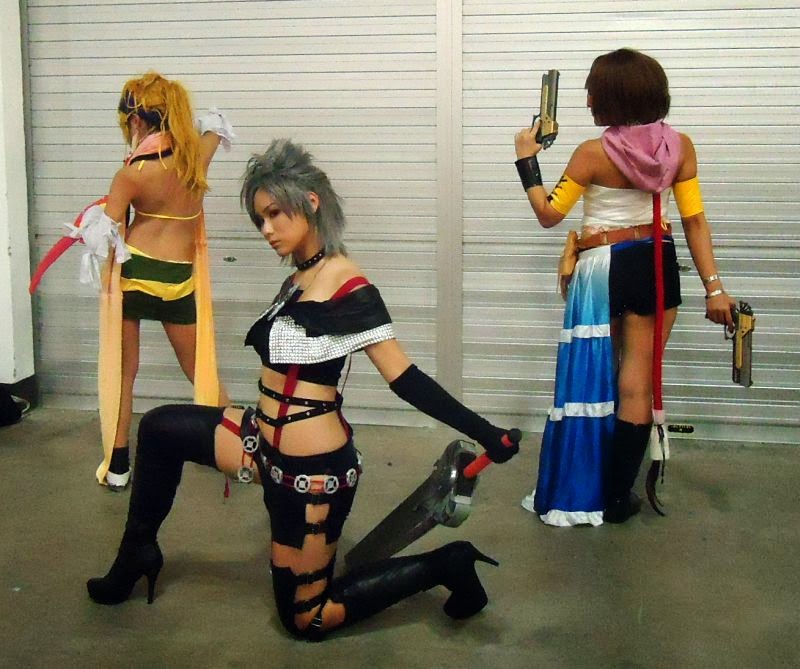 Epic match-up would be these 3 girls vs. Babyboll of Sucker Punch:

Perhaps Groot is a species of Ent from Middle-Earth, seen here with Gimli the Dwarf: 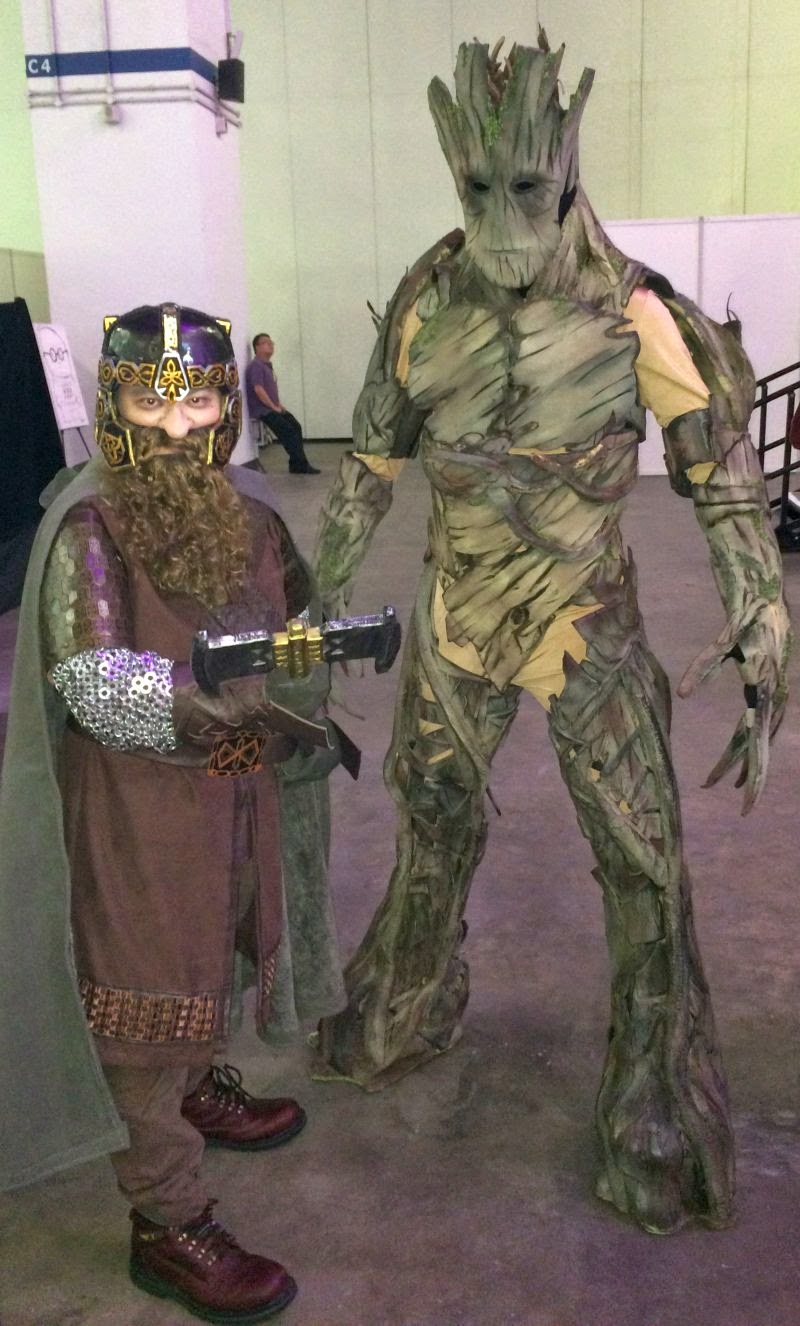 Blast from the blast with Frank Miller's 300 Spartan and Bram Stoker's Dracula:

This year's STGCC Cosway Runway featured a wide variety of cosplay. As we didn't get preferred photo opportunity positions, check-out the featured cosplayers from these video compilations: 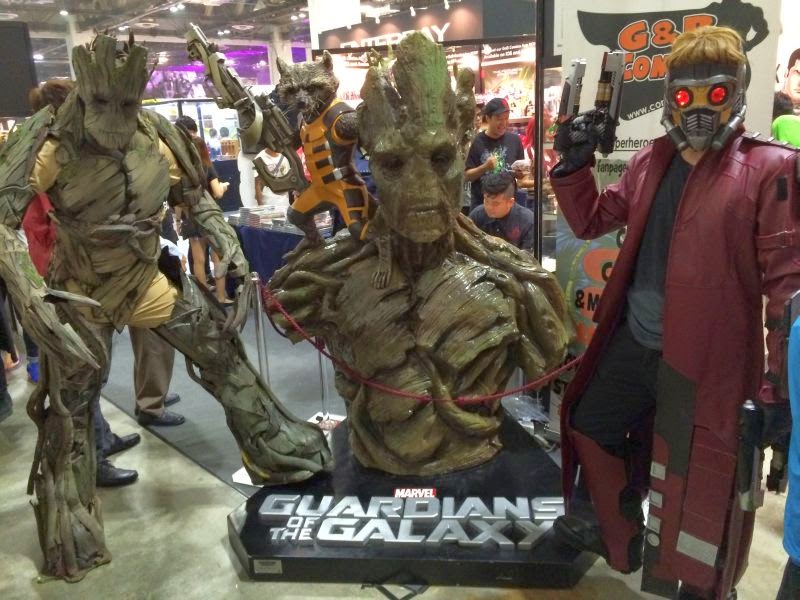