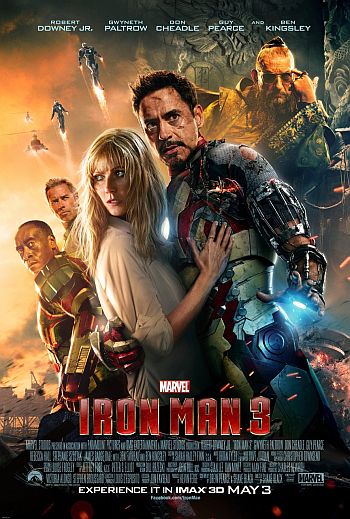 Want to bring home the Iron Man experience with you? The Outpost Movie Recon Team (MRT) has identified the following Iron Man goodies from your friendly neighbourhood cinemas and other movie partners: 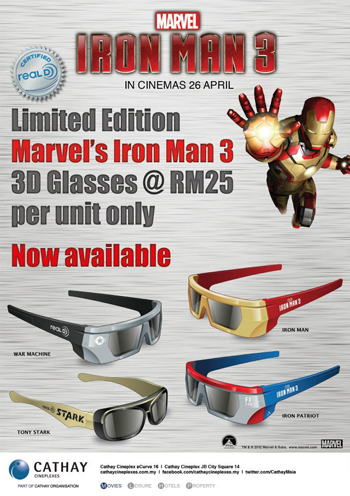 Movie patrons of Cathay Cineplexes can purchase limited edition Iron Man 3D glasses to use in the cinema to watch Iron Man 3 as well as other 3D movies. The Real D 3D glasses comes in thematic designs for Mark 42, War Machine, Iron Patriot and Tony Stark, priced at RM25 each. A worthwhile cinema investment as 3D glasses are no longer provided / charged by Cathay, allowing savings in your 3D movie experience. Grab them while stocks last! 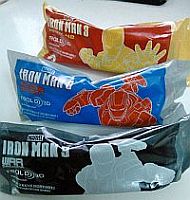 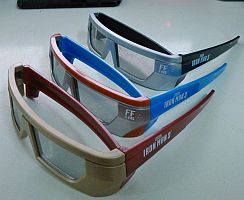 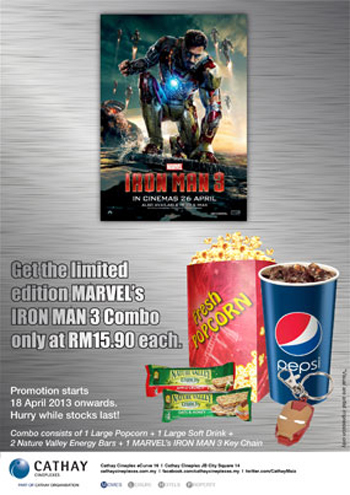 If you are a fan of Golden Screen Cinemas instead, Iron Man premiums are also available there in form of an Iron Man 3 Metal Clip set: 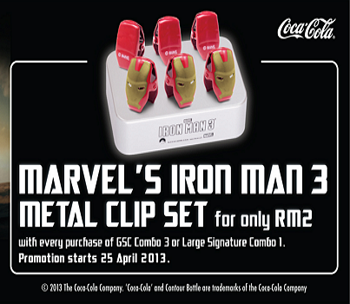 Want to win some Iron Man goodies? Then join the GSC online Iron Man contest with offers an assortment of goodies like official Iron Man apparel, toys and gadgets: 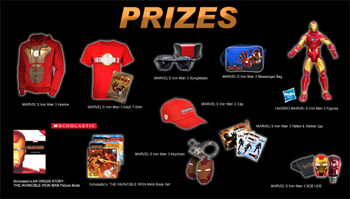 More Iron Man merchandise is also up for grabs from MBO Cinemas with purchase of a Iron Man 3 ticket and combo set: 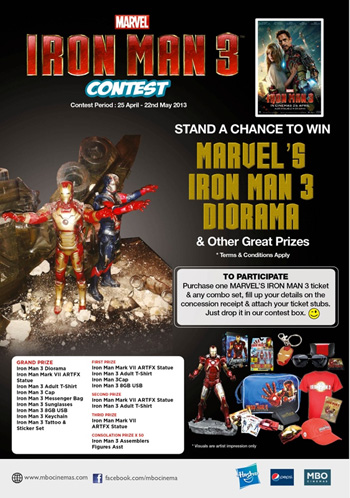 TGV cinemas provides the ultimate Iron Man 3 movie experience in IMAX 3D at Sunway Pyramid and 1 Utama. While you're enjoying your movie, TGV has their Iron Man 3 drinks tumbler set with regular popcorn for RM14.90: 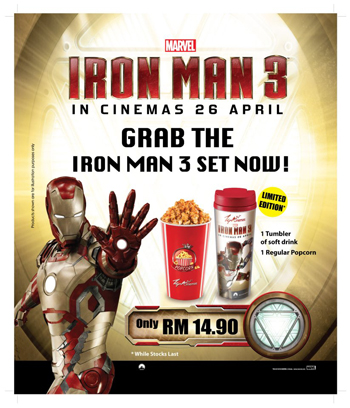 Don't forget to keep your memories and snap a photo with the IronMan3 standees and posters. While you're at TGV, snap some imaginative photos with the Iron Man 3 posters and/or standees there, then post it to Instagram with the hashtags #IronMan3 and #IMAX_TGV for chance to win more goodies: 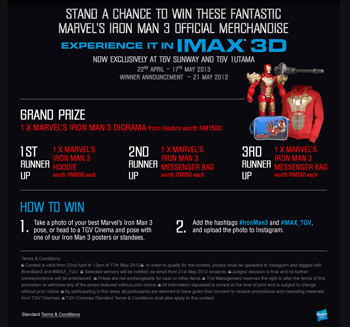 Penangites can engross their Iron Man fandom at 1st Avenue Mall with a host of thematic displays and activities on the weekend. Shoppers are also rewarded with Iron Man 3 tshirts, keychains and movie tickets by receipt redemption (while stocks last). 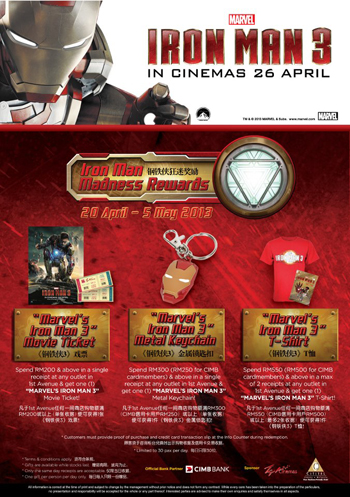 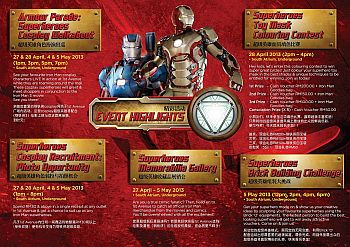 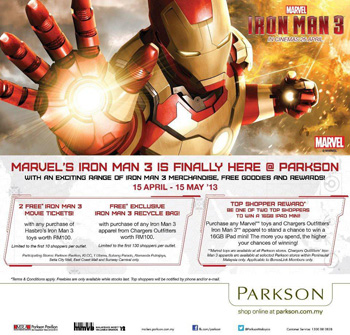 Need some toys for the kids, or the kid in you? Then head over to major toy retailers to buy some official Iron Man action figures or role-play toys from Hasbro. 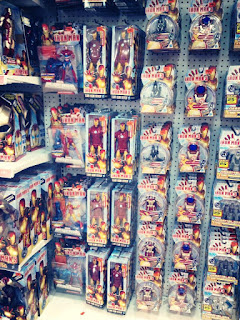 There are even cute bite sized figures called MicroMuggs featuring 24 designs to collect; actually there should be up to 42 but 24 is enough collector poison!

If you want to build your Iron Men like Tony Stark instead, official LEGO Iron Man 3 building toys should be in major retailers anytime now. There are only 3 sets available, all of which feature the new Mark 42 armour, although some variety of the many other armours featured in the movie as new mini-figures would have been nice. 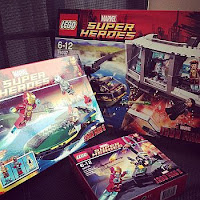 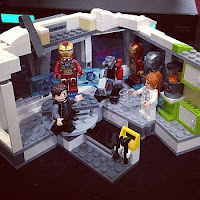 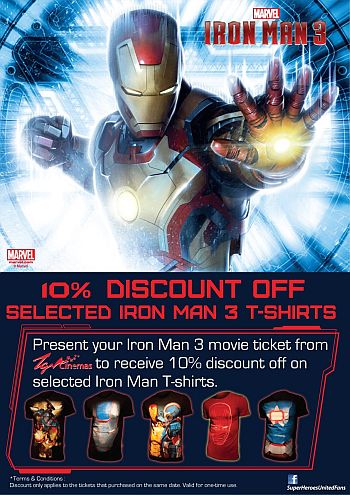 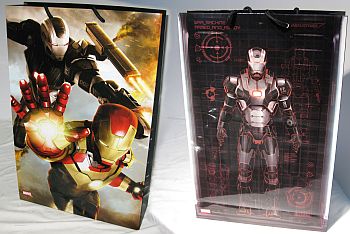 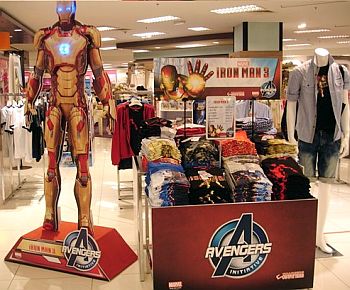 For the even more budget conscious, Tesco has Iron Man 3 carry bags selling for only RM3.99! 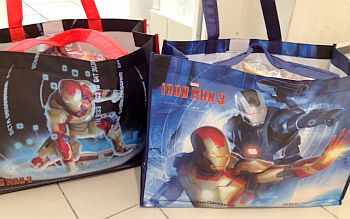 Wow! That's a lot of Iron Man mania this season to enhance your movie engagement. It certainly kept our Outpost MRT busy scouting for these movie goodies. 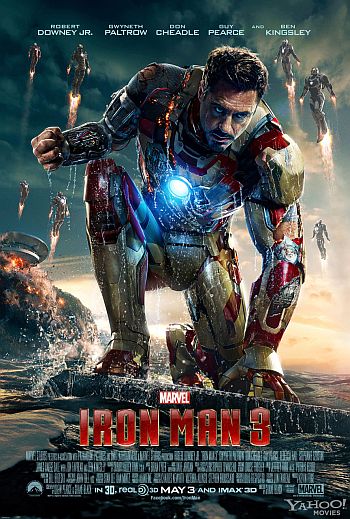 Standby for the next Outpost MRT feature... 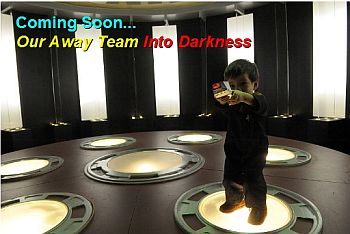 Disclaimer: Iron Man and its associated characters are copyright to Marvel Entertainment referenced here for fan service announcements without intent to infringe. Artwork and photographs referenced are also copyright to their respective owners and used without commercial incentive. Outpost also bears no responsibility for accuracy of information provided at time of publication.