Kingsman: Care for a Spot of Action, Old Chap?

When you hear that Colin Firth and Michael Caine are in the same movie, you can definitely expect something very English about it. For one, Kingsman is directed by an Englishman Matthew Vaughn, who also adapted the screenplay based on popular comic book ‘The Secret Service’ by Scotsman Mark Millar, (previously known for ‘Kick Ass’) and illustrated by Dave Gibbons (who has worked on the ‘Watchmen’ series).

The screenplay for Kingsman: The Secret Service movie however, differs somewhat from the comic book version. In the movie, young Eggsy (played by relative newcomer Taron Egerton) is a rebellious teen with a knack for getting into trouble. In one of his mischievous jaunts, he is captured by the police and desperate for a way out, calls a number on the back of his father’s bravery medal. Eggsy’s father it turns out, was part of a covert British spy programme who died on the job. The number on the medal turns out to belong to Harry Hart (Colin Firth), who worked with Eggsy’s Dad. Hart wastes no time in rescuing the boy and recruiting him in a training program run by the secret service to pick new agents. At the same time, a villain appears in the form of Richmond Valentine (Samuel L. Jackson), an extremist nature lover who thinks the best way to preserve earth is to kill all humans via the magic of mind control. There is a twist in Valentine’s plans however, as it include the preservation of several VVIPs, one of whom is a Secret Service Insider (of course saying who will be revealing too much).

The trailer is decidedly rather un-British, as UK cinema often offers very subtle and understated versions of anything, be it romance, comedy, action or drama.

Explosions, action and intrigue. All the ingredients for a good spy flick.


There is, however, nothing subtle about the violent scenes in Kingsman. Often the effects are slowed down to give audiences a cringe worthy and rather detailed image of the fight sequences. An example of this can be seen here:

How does Colin Firth stay so fit at 55?


Considering that this is Firth’s first action movie, it will be interesting to see how he pulls off all those stunts, considering he is now in the senior citizen’s category. Also on a more amusing note, we shall see Samuel L Jackson play the part of the twisted genius bad guy, although most of his previous roles have featured him as the underdog hero archetype. Also to look out for is a cameo by Mark Hamill (all you Star Wars fans will recognize this name) playing James Arnold, an environmental Professor kidnapped by terrorists at the beginning of the show. How Hamill got this cameo spot is an interesting story indeed. The original Secret Service comic features a character called Mark Hamill at the beginning of story, who is (you guessed it) a celebrity who is kidnapped by terrorists. So in essence, Mark Hamill plays himself.

Generally, the movie has been given relatively high ratings on Rotten Tomatoes (77%) and average ratings on Metacritic (58%). The main complaint seems to be that the movie plays it safe most of the time and doesn’t try to be any different from other spy movies in this genre.


For those curious on the Kingsman: The Secret Service, visit the official website for how to Become a Kingsman Knight as well View The Arsenal of superspy weapons. It also features a "classified" redband movie trailers which is declassified here (beware of typical Samuel L Jackson vocabulary and does of blood splatter):


Closer to home, our Movie Recon Team (M.R.T.) recommend fans of Kingsman to try their luck hunting down TGV Cinemas’ own secret agent on February 13th according to the clues given on their FB page to win limited edition passes to a midnight screening. 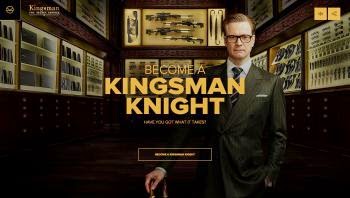 TGV Cinemas is also offering customers of their IMAX screenings the chance to win a "Made to Measure" Kingsman outfit plus movie premiums. Check out more details here. 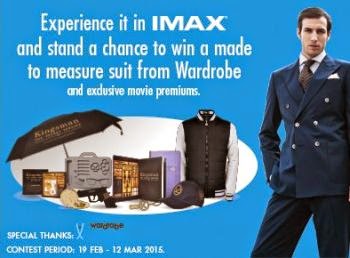 Local Malay language blog Budiey.com is also giving away passes to watch Kingsman on the 16th of February. All contestants have to do is answer a simple questionnaire and come up with the most creative slogans. Apart from free movie passes, Budiey.com is also giving you a chance to win limited edition movie merchandises including key chains, bags, a USB thumb drives shaped like a gun, and many more.

British Luxury Menswear brand Mr.Porter has collaborated with the film’s director to offer a line of clothing called Kingsman, inspired by the movie’s sharp suits and gentlemanly fashion. There are some really pricy pieces but reasonable ones as well if you’re looking for a keepsake, such as a key ring for about RM500 and some cufflinks.

In this clip, you would be able to hear how the costumes of the movie were created and developed, and how it was translated into Mr. Porter’s line of products. All very proud of their British heritage and style.

Overall, some have said that the movie takes away much of the serious cynicism from the comic book and put in some lighter, more entertaining elements. We shall nevertheless look forward to Colin Firth kicking a** in Saville row suits.


Outpost also likes take this opportunity to which all our followers
Happy Chinese New Year! 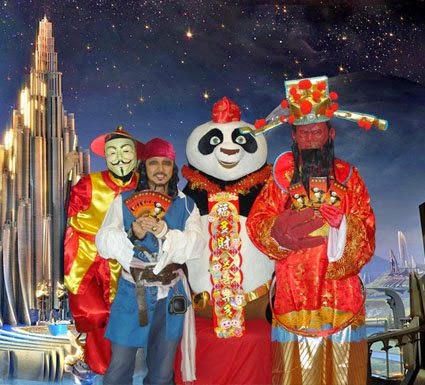 Disclaimer: Kingsman and other trademarks are copyright to 20th Century Fox, and their respective owners, referenced here for fan service announcements without intent to infringe.