These iconic little yellow creatures that resemble bananas (some are slightly rounder), became famous after they were featured as background characters in the successful Illumination Entertainment films “Despicable Me” and “Despicable Me 2”. At first, fans only knew then as villainous Gru’s massive pack of tiny assistants. However, they soon got a fandom of their own as people fell in love with their impromptu slapstick humour and adorable gibberish language, known now as Minionese.

Just for the fun of it, here is an official list of English words translated to the Minion Language.

Prior to this full length feature, the minions have been actively appearing in short clips, either promoting certain brands or just having fun.


Due to the overwhelming love the minions have generated, it’s no wonder that they have finally been given a film of their own. In this installment, we are treated to the history of the Minions’ origin. So far, three trailers have been released by Illumination, and they give a pretty good impression about what’s to come.

The story begins when three minions, Kevin, Stuart and Bob set out on an adventure to find a new villain for the Minions to serve. In the distant past, the Minions emerged from the sea, having evolved from single celled organisms. They make a living serving the most evil person or creature alive at a particular time and place in history. Their previous bosses have included T-rex, Genghis Khan, Napoleon and Dracula. Unfortunately for all these bad guys, the Minions have always found accidental ways of unwittingly killing off their bosses.

These unfortunate chain of events made the Minions disappointed with themselves, causing them to retreat to an obscure corner of Antarctica. However, not being able to perform their primary function as servants of a great and evil overlord caused them to fall into malaise and depression. That is, until our three yellowish heroes step up and offer to go on a journey to save the entire clan. After a long and perilous excursion, they end up in Villain Con in Atlanta, USA, where they meet Scarlet Overkill (voiced by Sandra Bullock), a famous villainess who takes them in. The rest of the story looks at how Kevin, Stuart and Bob navigate their new found boss and her antics.

Visit the official website for tonnes of virtual goodies like clips of the Minions from previous movies and a behind the scenes game.

On the Malaysian side, the Outpost Movie Recon Team (M.R.T.) has found numerous promos and special offers for Minion fans. For those who aspire to be a Minion, get your very own Minion goggles from MBO Cinemas with a special popcorn combo for RM22 (see above). Meanwhile, Cathay Cineplexes has their own popcorn combo for RM19.90 including a Minion stress ball with 3 types available for each primary Minion (see below).

Plus TGV Cinemas are releasing 5 cup topper designs of the cute Minions throughout the ages. These come with a Minions cup as part of popcorn combo priced at RM22.90. And TGV MovieClub members can grab them first by 17 June before the general public swarm the concession counters. 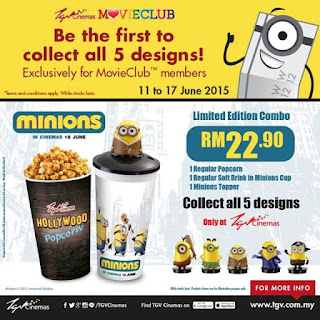 Then there's McDonald’s offering different Minion figurines with Happy Meals over a period of four weeks starting from 28th May and ending 24th June. Grab the chance to collect all ten as stocks are limited and the rush to get them will be intense leading to various ruckus at the fast food outlets for these toys during the last Despicable Me movie. Expect long lines and patient waits as there will be many fans clamouring to complete their collection. 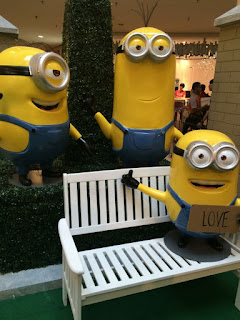 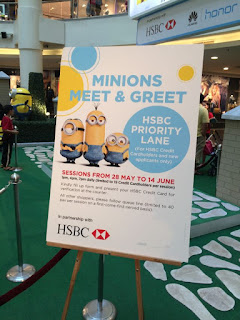 Toys R’ Us Malaysia is selling various Minion toys and plushies from the movie, where you can find Minions in Dracula costumes, cavemen outfits and many more. Apart from finding them at your local outlet, you can purchase Minion plushies and other related toys on their online store,


If looking to take home some Minions on a budget, consider picking up cheap the Minion figures from the preceding movie "Despicable Me 2" as discounts upto 70%. However only the Minion Stuart is available as a figurine from this movie as Kevin and Bob are new Minions in the upcoming movie. Find them as selected Toys R Us stores.

More good news for Minion fans: look forward to meeting up Minions Kevin, Stuart and Bob live as they travel nationwide from down south Johor to up north Penang plus stops in between during the upcoming weeks. Take this chance to snap photos, and even give them a hug! Just monitor for announcements by McDonald's, MBO Cinemas, GSC Cinemas, or the Outpost Productions Facebook Page. 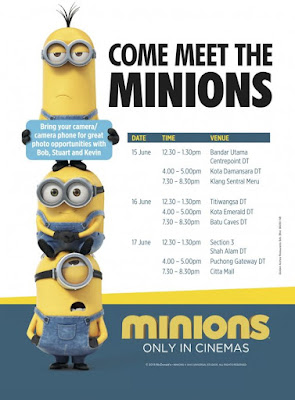 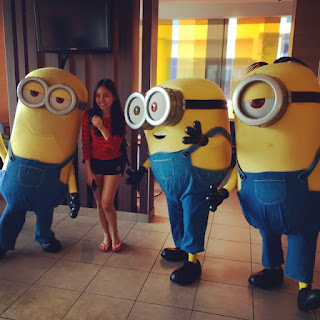 The Minions swarm cinemas this week 18 June in Malaysia, so be amongst the first in the world to experience the Minion invasion!


Disclaimer: This blog post is written for fan engagement only. All referenced trademarks remain copyright to Illumination Entertainment and Universal Studios.
Posted by Outpost Productions 1 comment: