To fight The Golden Circle, the Kingsman team-up with their kinsman, the Statesman. 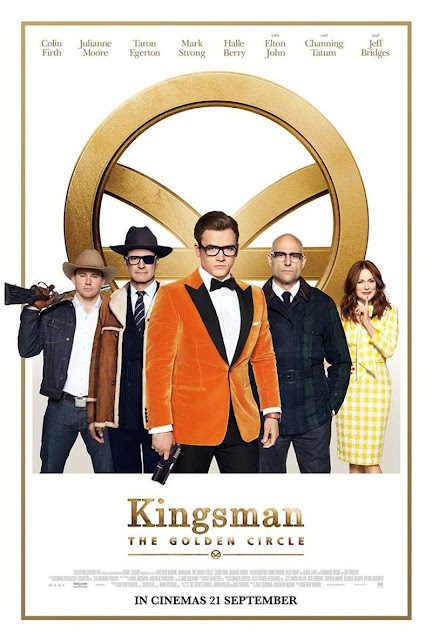 Your favorite British spy (not you Mr. Bond... too old school!), Eggsy, and the Kingsman are back for their next mission to save the world! Kingsman: The Golden Circle is the sequel to 2014's Kingsman: The Secret Service which was based on the comic book The Secret Service'by Mark Millar (Kick-ass) and Dave Gibbons (Watchmen) published in 2012. Kingsman: The Secret Service was well-received by both critics and the movie audience as an alternate take to the typical spy movies that tended to follow the double-O template (xXx excepted). Think of Kingsman like a spy version of the classic movie My Fair Lady, i.e. a posh gentleman takes a street smart kid under his wing molding him into the next generation spy. So what is the next mission for our favourite new age spies this time?

Official Synopsis
When their headquarters are destroyed and the world is held hostage, the Kingsman's journey leads them to the discovery of an allied spy organization in the US called Statesman, dating back to the day they were both founded. In a new adventure that tests their agents’ strength and wits to the limit, these two elite secret organizations must band together to defeat a ruthless common enemy. 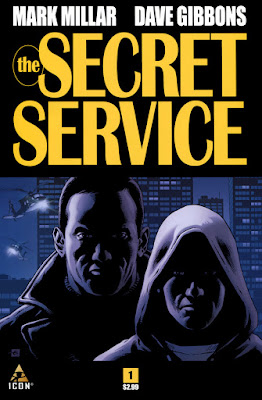 In the comic book Kingsman: The Secret Service the main protagonist, troubled teenager Gary "Eggsy" London, gets arrested for smashing up a stolen car. Eggsy's mother calls up his uncle, Jack London to bail him out. Secretly a top agent in the Kingsman, Uncle Jack sees the potential in Eggsy and convinces the young man to train as a secret agent. After three years and a grueling final trial by fire, Eggsy graduates as a Kingsman. Both uncle and nephew then undertake a mission together to stop Doctor James Arnold, a wealthy cellphone entrepreneur intending to commit a global genocide. They succeed in foil Dr. Arnold's plan and save the world but at the cost of Jack London's life. 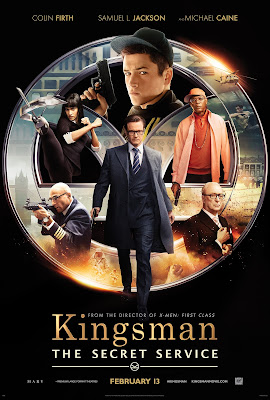 In the movie version, the premise is similar to the comic book but with tweaks to the characters. Most notably Galahad played by Colin Firth replaces Jack London whilst Eggsy's real name becomes Gary Unwin and therefore they are not blood relatives. Instead Eggsy's father was a Kingsman killed during a mission spurring Galahad's obligation to keep an eye out for his young son's well-being. Instead of being the main antagonist, James Arnold is recast as a jittery professor played by Mark Hamil in a supporting role for purpose of the plot. The head villain comes as Richmond Valentine, a similar technology magnate like Dr. Arnold of the comics, but in the form of Samuel L Jackson, complete with F-bombs! Also lead henchman Gazelle in the comics was recast from a muscular black man to an athletic henchwoman of Sofia Boutella (The Mummy). Following an overarching plot inspired by the comics, Richmond Valentine intends world genocide as well but is thwarted by Eggsy and the Kingsman with Galahad killed during course of the spy mission. 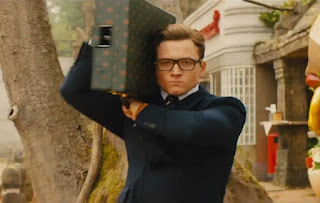 Kingsman: The Golden Circle is opening in cinemas this week and looks to be an original story not based on plots from the comic books. Let’s take a look who will be returning in this much anticipated movie sequel as well as the new characters being introducted!

The Kingsman's American cousins, The Statesman


And CEO of The Golden Circle and main antagonist villainness:


Listen to Poppy's own megalomaniacal introduction!


Kingsman The Golden Circle is looking super suave and intends to deliver a fun-tastic comic book movie experience. Here's a couple of brief reactions right after watching the movie on sneak preview night:


Then stay tuned to our full movie review coming shortly on our YouTube channel MySciFiFanOutpost. Meanwhile also check out the review written by Star2.com.

Since this movie looks to almost literally "blow us away", fans of Kingsman (and soon to be the Statesman) would definitely want some movie memorabilia for keepsake. Well, it's good then that the Outpost Movie Recon Team (M.R.T.) has found Malaysian cinemas offering a variety of Kingsman goodies as part of their concession combos. 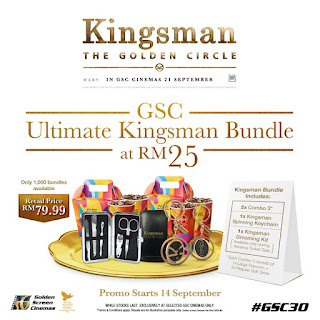 From GSC Cinemas, purchase 4 movie tickets for Kingsman: The Golden Circle to unlock the privilege to purchase the ‘Ultimate Kingsman Bundle’ worth RM79.90 for only RM25. It comes with their two Combo 3 popcorn sets (total 4 drinks and 2 large popcorn), 1 Kingsman spinning keychain and 1 Kingsman grooming kit. This is bundle is only available at selected GSC outlets while stocks last so do check at the GSC website first for locations. 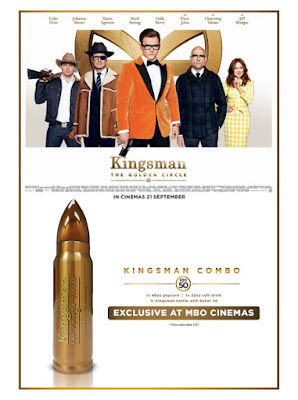 At MBO Cinemas, purchase a Kingsman Combo for RM50 comprising popcorn, a soft drink and an exclusive flask shaped like a GIANT bullet! Now that’s a way cool bottle to send a not so subtle message to A-holes out there. These Kingsman Combos are apparently SOLD OUT at most outlets so do check on latest stock availability from MBO Cinemas on Facebook.

Also MBO’s ALLSTAR members can use their points to bid on a selection of Kingsman movie merchandise starting from 3,000 points.

Meanwhile, Watatime and Tag Heuer collaborated for a Kingsman: The Golden Circle exhibition at the concourse area at Mid Valley Megamall last week. Some photos of the event is available from Watatime's Facebook.


Curious about the price? It took some digging and after some expert Googling by our Outpost M.R.T. experts, we have some reasonably reliable intel that this watch known as the Connected Modular 45 Kingsman Special Edition is priced extravagantly at RM17,000! If interested to own one contact Watatime or find out more at the official Tag Heuer website.

If you like to get your hands on some movie bobblehend figurines, Funko POP has released 4 figurines from the first movie: Eggsy, Harry, Richmond, Gazelle. You can try to contact local Funko distributor Sheldonet Toy Store Malaysia to see if these are available on our shores. 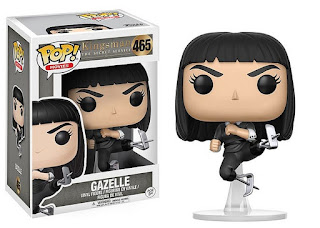 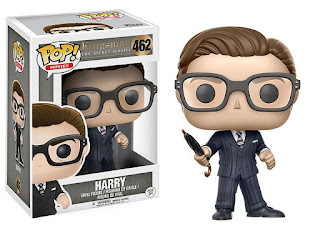 For more posh collectors, consider one-sixth scale figures of Harry Hart by Pop Toys and Gazelle by Hot Hearts from Kingsman: The Secret Service. These exquisite collectible figures were released last year and available locally from XL-Shop.com priced at RM480 for Harry and RM528 for Gazelle.

Enjoyed the movies and want to try-out to be a Kingsman? Then get the official game on IOS and Android. The game is a turn-based match-3 role-playing combat game just released for free downloads. Search on app stores for Kingsman: The Golden Circle.

Be recruited as a Kingsman agent! You'll need to pass your training by completing Merlin's virtual simulation. Step into the shoes of Eggsy, Harry, Roxy, Merlin, and many more, each with their own style, skills and gadgets, and save the world from the hidden threats that lurk within.

Kingsman: The Golden Circle is definitely one of the most anticipated sequels for this year and will be releasing here in Malaysia nationwide on 21 September with sneak previews the night before at selected cinemas. Remember that this is 18+ rated movie for violence and profanity, so no kids are allowed for screenings.


Disclaimer: Kingsman and other trademarks are copyright MARV Films and 20th Century Fox, referenced here for fan service engagements without intent to infringe.